Not that we should be wishing our lives away, but I am here again looking back at what I read in February. 8 books in total, not bad all things considered. 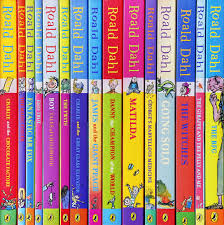 February has definitely been about going back to childhood books and that is why I waxed fairly lyrical about Enid Blyton’s Five on Treasure Island and the changes that have been made to it, to make it more appealing to a younger audience now and also so no one was offended by words such as queer and bathing suits and jerseys or if anything not understand them. February discovered a previously unknown and unpublished book by Enid Blyton, Mr Tumpy’s Caravan. I will be interested to see if it gets published and in what format – its original or a sanitised Blyton version.

I also picked up Roald Dahl again in the shape of Matilda – the girl who devoured books. I know how she feels, though sadly I did not and do not have the capacity in my brain to make glasses tip over and write words with chalk on blackboards (hang on did I just offend someone then?) My brain capacity is filled with dealing with some rather arrogant and unctuous human beings at work who have no respect for me but expect because of their position, for me to automatically have it for them. Enough said!

I sought comfort in February from reading in the shape of Alexander McCall Smith and the lovely Precious Ramotswe the No 1 Ladies Detective; finishing book 9. Book 10 is on my self waiting to be read. Trisha Ashley’s Chocolate Wishes was pure indulgence and led me to make chocolate ganache which also led me to eat it all and when I got on the scales the following Tuesday, well I had stayed the same. Phew! I will not be repeating that particular cooking delight for a little while. But I know they would go so well with Nigel Slater’s Cookies that I made before Christmas. 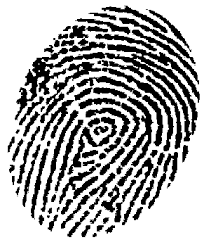 I managed to fit in some crime in the shape of Carola Dunn and her first Daisy Dalrymple story; a cosy mystery and plenty of them to catch up with. Then onto Full Dark House by Christopher Fowler as part of the The Great Transworld Crime Caper. The next book in the three I chose arrived Friday and should be one of the first for March. I rounded February off with another cosy M.C.Beaton, Agatha Raisin and the Quiche of Death. (Review to follow).

February saw me taking part for the first time in the Persephone Reading Weekend hosted by Claire and Verity. I had ordered my first Persephone book a few weeks previous The Home-Maker by Dorothy Canfield Fisher so I was ready for this weekend. I did start reading it some days previous so I was fully prepared especially as I was unsure how I was going to get on with it. A book where I disliked the characters but enjoyed the book. I will be seeking out some more of these in the future.

February has been about childhood, crime, comfort and chocolate! I wonder what March will be about?