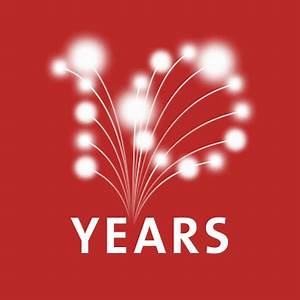 This year marks 10 years in August since I started this blog and posting out into the unknown. And as it is a new decade as well, I thought it might be good to reflect back at the last ten years of posting and see how much has changed.

To be honest when I have gone back and looked at some of the posts I have wanted to cringe – did I really say that, did I share that nonsense? I did share a lot more about my crafts in the early posts, which I do not seem to now. Mainly I think because I no longer have a laptop and the only access for a computer (other than work) is when I visit my mum and dad – I have yet to master WordPress on my iPad successfully enough to warrant using it all the time. Perhaps I should endeavour to do more of that in 2020?

The first post I want to link back to is from August 2010 and funnily enough does feature some craft. These were also the days when I had a digital camera and photos were uploaded that way – then along come iPads and iPhones and it all seemed a bit more easier and less of a faff. So much has changed in 10 years.

These are some of the finished projects from that post –

As for the books I read in 2010 – an eclectic mix for sure. Not all of them were reviewed on this blog as I did not start it until three quarters of the way through the year – some of the reviews were originally on Amazon. That said I have looked back and randomly picked out two books (click on the book covers to be taken to the review)

Definitely a different sort of crime novel, not your average detective novel – no goody and baddy with the other one the victim. A novel with many layers, and not necessarily ones where the truth is going to be made clear to all, including the reader.

This is the story of Julie Jacobs who upon the death of her Aunt, her guardian since her mother and father died in a tragic car accident, learns the truth about her name, her place in life, her background and her history. History which goes back to the 14th Century and involves a familiar story to Julie, in fact her favourite – William Shakespeare’s Romeo and Juliet.

If you are a fan of Shakespeare, Romeo and Juliet and theories about where Shakespeare got his stories from and where they fit into today literature then this is the book for you.

So that is a look back from the posts of 2010 and if anything I have picked up a reminder of the lovely stitching designers I liked and have patterns of galore in my home. The books I read were very varied and I picked up an author I have not read anymore of since 2010 – Deanna Raybourn so I think I might have to rectify that and also share the reviews of the first three novels that I read.

I am going to look at 2011 next, so please pop back at some point over the coming weeks and months to see what I have rediscovered.