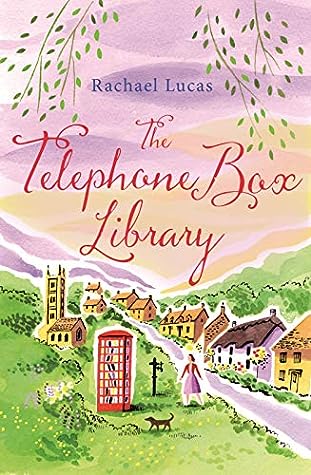 After teaching for ten years Lucy has to take a break otherwise she will burn out completely. To get away from it all, to rest recuperate and perhaps find out what she wants to do next she spends the next six months in a little cottage in a Cotswold village.

The catch she can live virtually rent free in this cottage if she looks after another village resident, Bunty.

Trouble is Bunty really doesn’t need much looking after, despite what her daughter in law thinks. She is quite content, in a house full of memories and an eclectic mix of pets.

Lucy a history teacher is fascinated with the area and the fact that they are so close to Bletchley Park, which played a pivotal part in World War Two she knows she will be able to do some of her own research during her recuperation.

However the villagers have other ideas and Lucy finds herself, making friends quickly and becomes involved with local projects such as what to do with the old red telephone box, now surplus to requirements.

But the telephone box holds special memories for Bunty and has history with it – but will she ever tell anyone what she did during the war? Lucy’s research goes into overdrive and she wants to find out the truth behind Bunty and what she did in the war, so many other villagers know something but Bunty is not very forthcoming.

What is Bunty’s secret and what does it have to do with the telephone box?

It seems that the interest of the village, the phone box and the surrounding areas as well as some of the other villagers are a real pull for Lucy. Perhaps this is where she needs to be to make her own history.

This is a joyous and delightful read which appealed to me greatly considering my love (and degree in) for history and the fact that I too am fascinated by what went on at Bletchley Park and that no one knew anything about it. I really don’t think in today’s world of social media that secrets could now be kept.

The book has so much packed in between the cover that you just can’t help but be drawn into the story both the past and the present. Strongly recommended by me!

Another great read from Rachael Lucas and it is a place I would love to go back and visit sometime.

The Telephone Box Library is published on 9 January.