I think I did a lot of my Christmas reading in the months leading up to December and by the time I got here, I was a bit all Christmased out – if that is even a thing. However you cannot go far wrong with Heidi Swain – The Christmas Wish List, her latest novel and full of all the great things about Christmas and Wynbridge. In my dreams I want to go and live there!

Another place I would like to have lived is Bletchley Park or at least been part of something that changed the world. Rachael Lucas – The Telephone Box Library is a delightful book, full of warmth and touching on historical fiction cleverly which is one of my most favourite things. Add into that a library in a telephone box and what more could you want from a story.

Talking of libraries I was intrigued by Helen Rolfe – The Little Village Library, but was left sadly disappointed, I wanted to know what happened but I wanted to give up on the book. A previous novel I had read by her was good but now I am somewhat put off. Never mind, plenty more books on the shelves.

Including Vanessa Lafaye – Miss Marley: The untold story of Jacob Marley’s sister. This has been on my shelf for twelve months as it was one of last years Christmas presents and seemed wrong to be reading it at any other time than Christmas. So I did, just before I indulged in the new BBC version of A Christmas Carol. I think having read this, I was somewhat more embracing of this rather dark and dirty version.

Also embracing on television was the clearly big budget adaptation of His Dark Materials. These books passed me by when they first came out and I have never read anything by the author. However enjoying the programme I picked up the first in the trilogy. Philip Pullman – The Northern Lights, I started it after two weeks into the series, and soon found I was either reading then watching or watching then reading. The series clearly played about a bit with some of the plot, but I hurried through to the end and found myself not wanting to watch when I knew what was going to happen. I am rather fascinated by the whole concept of Dust, that I now need to keep reading.

Now what I understand will be developed into something for the television at some point, well the rights have been sold at least is Adam Kay’s hilarious memoirs published last year. It was with delight (although I did ask for it) to receive at Christmas Adam Kay – Twas the Nightshift Before Christmas, which can only be described as more tales from life as a junior doctor and the business of working over Christmas.

Hospitals are 24 hour places which leads me nicely onto the new novel from the author of The Lido. I was a bit late to the party with that one but I jumped at the opportunity to read Libby Page – The 24 Hour Cafe. Not sure how to even begin to describe was is a window on people watching, about why people are where they are and how they got there and where they might be going next. Watch out for it, I am sure it will be well spoken about as the ‘second’ novel of Libby Page.

In the past I have been partial to the odd saga, think Sunday night television and so chose this quite at random from netgalley Cathy Mansell- A Place to Belong. A new author to me, but someone who wove a story and kept me hooked as I followed Eva from orphanage, to farm, to city. Delightful.

So there you go December 2019. Though I am reading two books at the moment who may well sneak into this month, and therefore perhaps pop back and see if any others have made it to the list.

Edited to add Robin Stevens – First Class Murder, which is the third in the wonderful young adult series of books which are a cross between, Enid Blyton and Agatha Christie and this one especially is a homage to Murder on the Orient Express. I got the next few in the series to read in 2020.

An author new to me who transported me to the Irish countryside, where I met Eva Fallon. Knowing nothing of the world outside of her orphanage, when tragedy strikes she finds herself out on her own and having to survive to find some happiness and a future that is not already chosen for her.

Enter Ma Scully, a woman who she finds friendship, kindness and luckily a job with.

A job at Blackstock Farm. Here she starts to perhaps find her feet and feel a part of the world.

Until Matthew Blackstock returns from war. But he is hiding a secret and his grandmother wants to hide him, implicating Eva in something she is completely unaware of.

The events that follow are heart wrenching and Mansell weaves a wonderful tale of good over evil and how luck and love come from the most unlikeliest of places even if you have only touched someone’s life briefly.

This is a wonderful story which had me cheering for Eva from the very beginning, the kindness and no nonsense of Ma Scully reminded me of my own Irish relatives and the touch of romance that weaved it all together was all that was needed to make this a thoroughly good read.

I will look out for more of Cathy Mansell’s work.

A Place to Belong is published on 6 Feb 2020 in paperback but out now on kindle if that is your preferred method or you fancy a new read for the new year!

It appears to have been a bit quiet round here lately, but I just wanted to pop in to say a festive hello and remind you of some festive reads which are out at the moment and perhaps some ones from the archive as well! 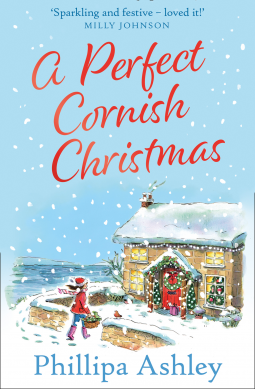 A moving read which eases you into your Christmas reading with great settings and great characters which capture your heart. A must for any fan of Ashley’s other works or discovering for the first time. A perfect read Christmas or not! 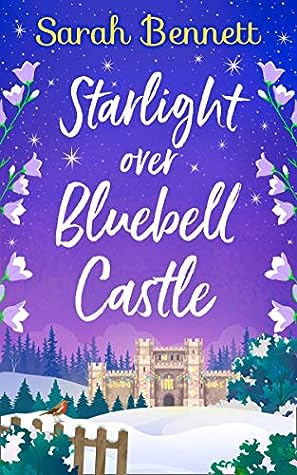 An excellent Christmas read which captures so many wonderful elements of Christmas but the most important one – being with people you love and cherish. That is the best gift of all.

The Gift of Happiness – Holly Martin 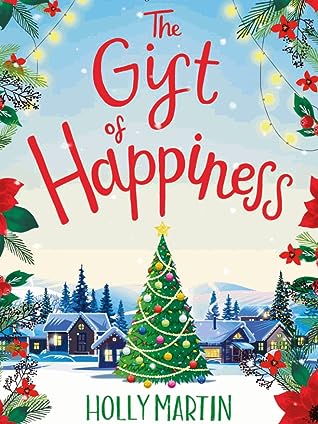 Holly Martin’s novels are a joy to read. So heartwarming and like receiving a great big hug all through the power of a few words on paper. A Five Sparkly Christmas Star read!

Snowflakes and Cinnamon Swirls at the Winter Wonderland – Heidi Swain 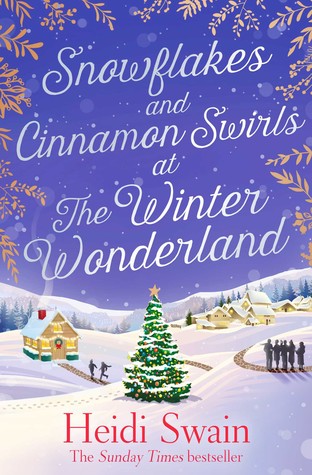 An excellent Christmas read and if your Christmas is normally wet, grey and miserable this is a sure-fire way of immersing yourself in a Christmas that can exist! 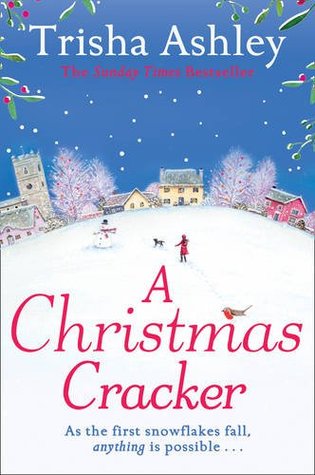 You cannot beat a cracking good read and you cannot beat Trisha Ashley to deliver such a read. This latest Christmas novel has everything in it to while away a Christmas Afternoon on the sofa with copious amounts of tea and christmas cake snuggled right under a blanket as you absorb yourself in the story.

In other news I have also completed my challenge of 100 books with about 20 days to spare! So let us see what the final number will be by 31 December.

*I have received these books in exchange for an honest review and I receive nothing in payment for recommendation more than once on this blog or on any other social media channel I use. I simply pass on the books that have given me joy.

You know that feeling when the end is in sight but you just can’t get there. I thought I might be able to reach the 100 I set myself as I did last year in November, but I am still a couple of books to go. I may well have done it, but reading seems to have taken a bit of a slump despite some cracking good books read in the month.

Christmas reading continued apace with Liz Eeles – A Christmas Wish and a Cranberry Kiss at the Cosy Kettle. The final part of this trilogy saw Christmas full of hot coffee and mince pies. Delicious.

Then it was a return to the Doctors with Penny Parkes – Snowed in at The Practice, this series of books is a joy to read and they really go into some interesting depth about the survival of GP practices and what affects the medical profession countrywide.

There is nothing like one of the worst periods of history to bring you back down with a bump and a reality check from all the lovely warm Christmas wishes. There is certainly no warmth in the setting of Lily Graham – The Child of Auschwitz. However the author deals with such a moving piece of history well and with such thoughtfulness that I was immediately drawn into the story, the characters and the outcome.

More history, even further back with Julian Fellowes – Belgravia. On the eve of the Battle of Waterloo events change the shape of two families lives forever. Think Downton Abbey, Upstairs Downstairs and add in the fact that it is to be on the TV in the new year and you have yourself a real Sunday Night Drama. The book was an interesting read of class, of status, money and love.

Another book full of love was Sara Cox – Till the Cows Come Home. I admit to being a bit of a fan girl with Sara Cox. I enjoyed her standing in for the Breakfast Show on BBC Radio 2 and I am delighted to catch her on the Drivetime show now. Her book is a love letter to her family and to how she was brought up and the experiences that have clearly shaped her and made her into the chatterbox of delights. I would love to listen to the audio book of this.

And finally a bit of cosy murder mystery, in what has been a mix of reading themes this month. Helena Dixon – Murder at the Dolphin Hotel, set in Devon after the First World War, you could almost Poirot to appear or Miss Marple as the body count rises and the red herrings are aplenty. I look forward to more from this author.

So that was November – and the trouble I am having at the moment is choosing the next book to read. I have some on my shelf waiting to be read and I am waiting until I get the time off work (only 3 weeks left to go) to really get stuck into the god stuff.

In the meantime I end November reading a book that I want to know the secrets behind two of the main characters but I am a bit loathe to be reading the rest of it to get there. I should quit but I am ultimately nosey and so need to know! And now probably you all want to know the book too!