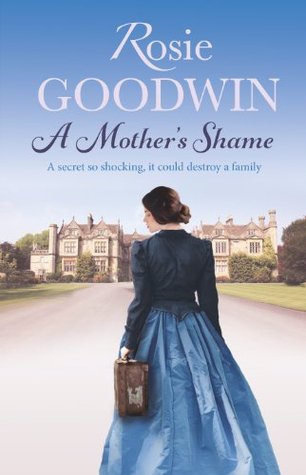 It does not matter what class you come from, a baby born out of wedlock is the same in 1857. These secrets can shock the community and destroy a family. In Nuneaton, the only place some of these young girls go is a place called Hatters Hall.

Hatters Hall, is the local asylum, but with a special wing for unmarried pregnant women. It is in this place that Isabelle finds herself, taken in the night from her family home by her father and incarcerated until such times as the shame is over and she can come home and marry.

Maria finds herself at Hatters Hall in very different circumstances, to work. She is put with Isabelle and has to be her maid, as Isabelle is in fact a lady of class and Maria is very much not. Together an unlikely friendship forms and they find they have something in common and also that they both want to escape Hatters Hall. For it does not matter if you work there or are a patient, you will always be trapped.

They both go on a journey which is going to take strength, courage and determination, not to just survive the journey but at the destination as well. The destination is Tasmania.

The story moves across oceans, as Maria and Isabelle, as well as Isabelle’s brother Joshua embark on a very different lifestyle to one that they have all been used to. At their destination, they are tested again as the culture is very different to that of England and it even seems possible that life is easier for them all.

Like any saga, there is enough ups and downs in this novel and the contrasts between different classes, backgrounds, cultures and religion are all covered so well by Rosie Goodwin. She knows how to create such a strong story with equally strong and where needed weak characters (Isabelle’s father for instance) that the book pulls you right in from the first page and you actually care about them and want only the best.

I enjoyed the book, especially the long and arduous journey, it was not simply a day’s flight on a plane. This was going to take them four months. I felt every wave and storm as they made their way to the future. Even when Isabelle became rather trying, I still felt for her. When Maria had to confront her past on the ship, I wept until I knew she was going to be safe.

If you like family saga’s, or simply cracking good stories with lots to keep you turning the page, then this is certainly the book and probably the author for you.

Thank you to the publisher for giving me the opportunity to read this book. A Mother’s Shame is out now in paperback.

One thought on “A Mother’s Shame – Rosie Goodwin”