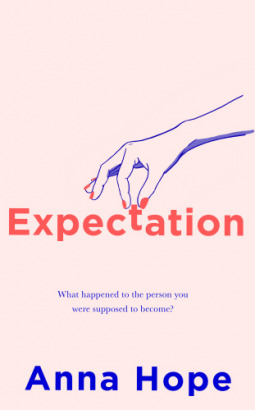 In what I feel is a enormous change of direction from this author, my expectation was that this book was not going to work. Her previous two novels very much set in the historical fiction genre – this one, modern fiction. Was it going to work?

My fear was it was not –  they were unfounded and I found this a very interesting and engaging novel and at times quite uncomfortable reading.

Hannah, Cate and Lissa are friends, we see the story weave between present day and their lives now and the past where you begin to understand the past behind the present.

Brought together through different means but living a world where you have little or no responsibility, to be able to fight a cause with passion and to live the world you want to live.

Then life changes, the friendships between them change as they all deal with what is in front of them.

Hannah – married, desperate for a baby and despondent by the fact that nothing has worked. The strain is starting to show in her marriage, especially when her friend Cate has a baby.

Cate is struggling with being a mother, stuck in Kent away from her friends and dealing with a child that she thinks she can never protect enough.

Lissa, a failed actress still trying to make it in a world where she still seeks approval from her mother who clearly made the wrong sort of impact on Lissa as a child. Still single, she envies those in stable relationships.

None of these women’s expectations for being an adult resemble everything they talked and dreamed about.

Can their friendship survive such changes both small and large and can your expectations ever really be met.

I was captivated by this book as I could not see where it was going and what it was trying to do or achieve but I felt this was the intent of the author. No one can see where we are all going or where we might end up as expectations change as the world and people change around us.

A novel to read that brings great discussion about the friendships and dynamics of such in your own lives. When you have finished the book, give yourself time to digest and reflect you may well start to look at things differently and expect something else.

If you are intrigued by Anna Hope’s previous novels then do check them out.

Wake is a word that conjures up different meanings and images.

The wake held after the funeral of a loved one.

Wake when you emerge from sleep

In the wake of what has happened.

In fact in Anna Hope’s debut novel, all three of these meanings have been woven into a moving  story which will stay with you long after you have finished it. In fact the tomb of the unknown soldier and the cenotaph are there as permanent reminders.

John comes from Ireland. He had a past which he has lost and he has ended up far from home.

Ella had thrown something through a window. Her actions mean she has ended up away from home.

Charles wanted to prove himself, wants to make an improvement in people’s lives through music.

All three are captured in the heat wave of 1911.

They are in an asylum on the edge of the Yorkshire Moors.

Their paths cross in different ways.

John is a threat to Charles.

John and Ella normally segregated are brought together in the Ballroom.