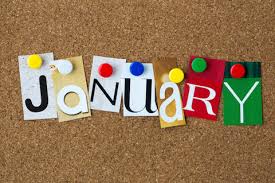 It has been a slow start to the year, especially when I had a week at the beginning to get stuck into some books. But finishing my challenge of 100 in a year seems a long way off at the moment.

Got really into sagas this month and was surprised with Jennifer Wells – The Murderess which had more than the average saga.

I was swept up with Elaine Everest – The Woolworths Girls a book I bought myself last year and wanting to make a dent in actual books thought I would read. Which then led me to read Elaine Everest – Carols at Woolworths so I could continue the tale. The next book is a Christmas one and although I would not normally read such themed books in February it looks like I might have to so I can keep up with all the characters that I have grown to love.

I fell for the latest serialised Holly Hepburn by accident but have read book two now Holly Hepburn – Frosty Mornings at Castle Court now I have started I am going to have to finish!

A book that I wish I had not started and should have not finished was Stuart Turton – The Seven Deaths of Evelyn Hardcastle the idea of the book sounded great, the delivery of it was clever but it just did nothing for me. I was disappointed with it and with myself for perhaps wasting time on pursuing it to the end.

Sophie Green – The Inaugural meeting of the Fairvale Ladies Book Club – this was an interesting book which took me all the way to the outback, to a cattle station, to Australia. It was a strong female character led novel and it had me intrigued about the isolation. It reminded me of another book I have read by Monica McInerney which then reminded me I have one of hers waiting to be read…….

But in the meantime I picked up another saga to read for a blog tour, a new author to me with a cracking good story to tell.

How was your first month of 2018 reading wise?