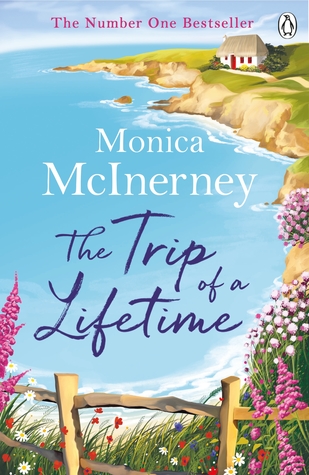 Lola Quinlan came to Australia from Ireland more than sixty years ago and she has never been back.

Now she feels the time is right and perhaps the truth about her original reason for coming to Australia needs to be told.

Lola is too old for secrets anymore. But it seems she just can’t help herself.

When she lets slip that a television programme is to be filmed in their hometown, Clare Valley her granddaughter, Bett editor of the local newspaper is rather put out.

Even more so when it seems that Bett is to accompany Lola back to Ireland along with Bett’s niece, Ellen who is becoming more and more like her mother Anna as the days go by.

The adventure begins, but it is fraught with the people and situations they leave behind and when they also arrive in Ireland. Lola realises that maybe she does not want to face the past.

When a tragedy sends Bett and Ellen back to Australia early, Lola’s son, Jim comes across to take their place. Only then do all the secrets that have been running through this family like tumbleweed seem to come out and everything starts to make sense for many of them.

I enjoyed the parts of the book when we were taken back to Ireland and Lola’s strict upbringing and the events which led her to be in Australia, married and pregnant. But the more contemporary story was rather weak and I didn’t feel the characters were perhaps strong enough to hold such a long book – I admit to skim reading many pages.

The plot had an inevitability about it and I was simply just reading to see the predicted events happen and the secrets revealed. Of course many books can be like that and they are still enjoyable, for me it didn’t work with this book.

Disappointed with this read as I have read some really good Monica McInerney books in the past.

A Trip of A Lifetime is out now

The Quinlan family are also featured in Monica McInerney’s other novels The Alphabet Sisters and Lola’s Secret.