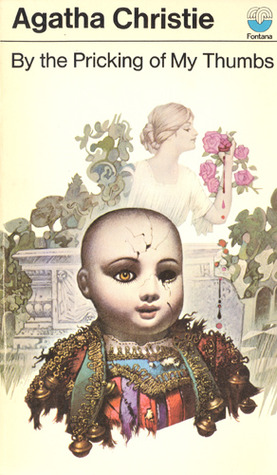 Tommy and Tuppence Beresford visit an unpleasant aunt in a home. From this typically unlikely beginning, murder and all kinds of excitement develop, to the point when Mrs Beresford meets the mass killer in the secret room of the house.

By the pricking of my thumbs,
Something wicked this way comes

Divided into four books we are back with Tommy and Tuppence who are drawn into a rather peculiar mystery. And if the cover of the edition I read is anything to go by, something quite frightening or perhaps something desperately wicked.

I knew the story, but not the actual story. My warped version came from a television adaptation (more on that later) so I had a rough idea of the story and knew whodunnit. Perhaps not the right way to tackle a book but I wanted to know what happened and how the conclusion was reached.

I have always found Tuppence Beresford a bit wishy-washy, and this book lived up to that, but actually I think this part of her character which is what enables her to go off on these hunches when she remembers houses from trains, that later reappear in pictures and what elderly old women say when incarcerated in rest homes. None of it seems relevant or useful to Tommy Beresford but when you have been married as long as he has to Tuppence he knows there is perhaps a grain of something in her thought process.

We have the facts early on, but despite me knowing the answer I could not see how it was all going to come together.  Is that the beauty of Christie? I just think it might be.

Tuppence gets into some scrapes, but she is on to something and it takes a bit of Tommy’s past skills to find out where she is when she fails to come home to him. Of course Tuppence’s task is a simple one, to return a picture to its rightful owner, Mrs Lancaster after she gifted it to Tommy’s Aunt. How can one picture cause such trouble?

This is only the second Tommy and Tuppence that I have read and I have to confess they are a funny pair and in this book, they have aged. The only characters of Christie to do so within real-time of the books being published I learn.

I got into Tommy and Tuppence when back in 2015, an adaptation of a couple of their novels was made by the BBC with David Walliams and Jessica Raine. I enjoyed them, but didn’t hit the mark with the critics and subsequently was not recommissioned. Shame because I liked it. However they did not pick this particular story to adapt, but it has been adapted by ITV within the Marple series. 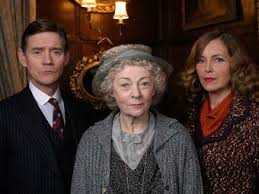 Some things you need to know:

Miss Marple does not appear in the original story in any way shape or form. There might be some veiled references to the innocent observations of little old ladies but no Miss Marple.

The book is set much longer after the Second World War, and neither of them were still involved with the security services anymore.

Tuppence is not an alcoholic who feels she has missed out on life and been passed over, because she is a woman, a mother and now suffering badly with empty nest syndrome.

Additional storylines of American Air Force, turning village girls heads does not appear, film premieres with precocious children are not part of the plot either. And the names of the villages are very different.

I could go on, but I won’t. However for a Sunday night television drama and without causing much offence it is a reasonable programme and it has everything I suppose you need in such a thing.

However like a lot of things it cannot beat the book – this is the case with By The Pricking of My Thumbs. Although perhaps choose your choice of cover carefully, mine is creepy and the back cover has a picture of Christie herself, staring out at me from my bedside table. I am not sure that the cover conveys the right message. I do prefer something much less weird. 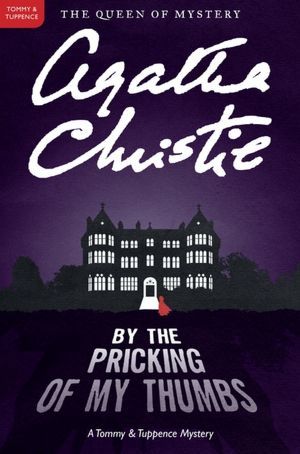 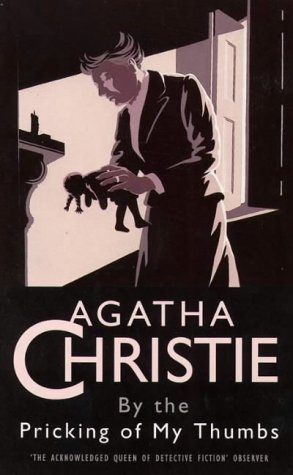 I read this book as part of the 1968 Club which is run by Simon and Karen. I have joined in nearly all of them and have found it a great way to make a dent in the back catalogue of Christie. She wrote so much!

4 thoughts on “By the Pricking of My Thumbs – Agatha Christie”