There seems something rather obtuse in reviewing a book that you have not even finished. On the other hand there is something so refreshing, so liberating about putting a book down that is just not working for you.

The book in question 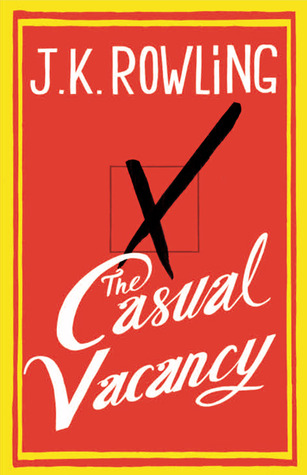 So why now in 2015? Easy – it has been made into a television programme. Perhaps I should see what the fuss was about and whether actually I was going to be watching the programme.

They say the book is always better. And as I have yet to watch the programme I can’t compare.

The book though will remain unfinished.

I got past my 50 page rule. I kept going. I had to write a list of who all the characters were and how they were related to see if it helped me.

I got past the 100 page rule and still something was not right with this book.

I felt I was missing the point of it. A man had died. Clearly liked by some in the community clearly disliked by many others. That was it. Nothing interesting was happening, it was about the bitchiness, the petty mindless disputes of local families, businessmen and women, councils and all the warring that goes between areas. The rough and the not rough. Them and us.

I understand that this is what the book is meant to be about. I get that. But frankly I was bored with it.

I got to about 150 pages and still kept going. Why?

I think I was still missing that ‘thing’ that the book seemed to lack. I flicked from characters to characters, still rather lost about the way they related to each other and had to reread passages and some pages to just refresh my memory.

It was not good, I had to put it down. But this is a piece of work, the first since Rowling had ended the Harry Potter series, surely I could keep reading to the end.

No – I got to around page 228, just under halfway. And I closed the book. I picked it up the next day, I flicked through to the last chapter or so and skim read. I got the gist of what happened. Actually the story of Krystal Weedon and her family was about the only thing that stood out in the book – rightly so it made the middle class snobbery pale into insignificance. This was real, gritty and grotty life – that is what the people of Pagford seem to be ignoring and sadly is an indication of probably what is going on in every city, town and village today.

The other thing that stood out for me was the language – the bad language. Oddly enough it does not bother me, I am not a great blasphemer but I think it has a time and a place. The constant swearing seemed to have been thrown in at random will as if having been constrained by writing for children, the chance to let rip was too good an opportunity to miss.

I think this book is J.K.Rowling’s book, it is not a book for me. For me The Cuckoo’s Calling is a much better read and Rowling I think is an author that has to write series of books, not one offs.

Therefore this book is the first in a long time that I have put down and moved onto something new. I can see me doing this again if a book is just not working for me.

Have you read The Casual Vacancy? What are your thoughts? How far do you go before giving up on a book?

Life is too short to read bad books that I know. But what do you do when one of the books you are reading is by author whose work you have enjoyed before? Dither.

I found myself in this predicament recently with the book Fear in the Sunlight by Nicola Upson. Now I have read all her other books; An Expert in Murder, Angel with Two Faces and Two for Sorrow and looking back on the reviews I enjoyed them. They all feature Josephine Tey (yes that Josephine Tey) and her friend and police Inspector, Archie Penrose and I have found them captivating and wanted to read them.

But with Fear in the Sunlight, something is missing. Well rather there is too much – there is so much going on that I am throughly and utterly confused and I persevered to page 155 in the hope the fog would clear, that it would become obvious like it has in some of her previous work. But the fog is still there.

I have gathered the book is set in Portmierion, I have also ascertained that the famous director and his wife Alfred and Alma Hitchcock feature as themselves and are up to something to do with a film version of Tey’s book A Shilling for Candles. There are many guests in the hotel who have backgrounds and history to the area which has brought them there. Then of course there is the staff and the locals. On top of that there is the characters of course of Josephine Tey, there to celebrate her birthday, Archie Penrose, then his cousins, Lettice and Ronnie, as well as Marta and Lydia, lovers and friends of Josephine. Too many people to cope with initially, and there was much assumption that we knew a lot about the latter few characters that I mention. I am not really sure of where the plot was. I am sure you can see I have paid attention to some of the book to have got this far in describing it to you but still it was all too much.

I had a look on the Amazon reviews, and there were a couple that had the same problems as me, too much on the characters, and less on the plot.

I had to do what I knew was best. I had to put this book to one side. Or in my case filed on the kindle. Perhaps one day it will be okay and I will pick it up again with vim and vigour and I will have no fear of it of it. I am intrigued by her next Tey novel so I will give it a go but I do so with slight trepidation.

I am pleased I had the courage to put the book down, I am pleased that also I recognised this and did not plough on regardless, but I am slightly disappointed as I so enjoyed her other novels.

I am afraid I have given this book up. It looked like an interesting premise, characters in and out of the pub, the owners, and the man from the brewery, the cleaner and the array of different customers. None of them jumped off the page for me and I did not have any faith in the. But I did try to become absorbed in it. The book was just not my cup of tea and therefore it will remain unfinished.

Nevertheless I respect other people’s reviews and that they enjoyed it and therefore my review is just to say that for me this book had no atmosphere and was rather bland.

Thank you to Amazon Vine to allowing me the opportunity to read this book. It was just not for me and I have learnt not to punish myself reading books which I do not enjoy. I read for pleasure not pain. I would be interested to hear if anyone else has read it and what they thought.