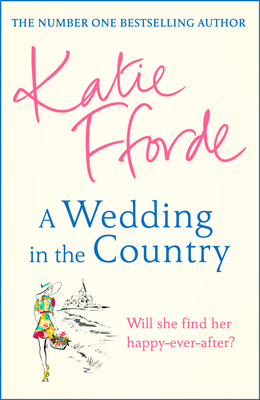 I am a fan of Katie’s books and have read a number of them and whilst some naysayers might say that you always get the same story (I disagree) you do have a certainty with them. This book too me out of that certainty and rather than being set in the present day I was whisked back to 1963. I wasn’t sure it would work – but it did, in abundance!

Lizzie has arrived in London to complete a course at a cookery school, not for a career in a kitchen, but for a career as a wife. There is not just cooking, by flower arranging, sewing skills and general skills on how to look after your husband to make sure he has the best in life.

Lizzie has arrived in London in the Swinging Sixties which comes as rather a shock to her and her parents as it seems that this influence on this naïve middle class girl is going to change her life forever.

When Lizzie teams up with Alexandra and Meg who live in a run down house in Belgravia with David, who has a rather avuncular role in their lives, she starts to see that life could be a lot better if she does not go along with her mother’s plans.

Enter Hugo, titled, a career in the law and rather handsome, he would be the ideal man to bring home for mother to approve of. Just one problem, Hugo also has his life planned out for him by his father.

Will Lizzie and Hugo follow their hearts, or will they conform?

I was transported back to the London of the Sixties, but what I was also transported back to were the emotions and roles of women then. As a woman in her mid forties, this makes for uncomfortable reading, to think that my life would have been mapped out as such – marriage, cooking good dinners, flower arranging and dressmaking. Thank goodness for women like Lizzie who stepped out of this role and made it possible for me to not follow that path – though there is nothing wrong with my cooking but my dressmaking could probably do with some work!

That said it was a great world that Katie Fforde has created and I wanted to sit at the kitchen table in Belgravia as much as I wanted to escape to the little cottage in the country or be waited on at the big house! This was all part of the warmth of the story as much as the characters exploits.

An excellent book and should be read by all young girls, in fact read by all women because in such a short time the world has changed beyond the one portrayed in this novel. A great look at the past as much as it is a reflection of women’s roles in the world.

A Wedding in the Country is published on 18 February 2021.

One thought on “A Wedding in the Country – Katie Fforde”