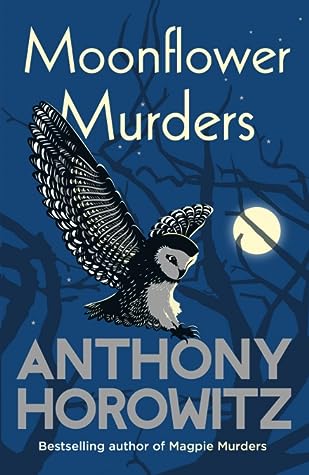 I first met Atticus Pund in Magpie Murders, I thought it was a one off, it seemingly started at the end of what could have been a series of books. However four years later Atticus is back and his creator Alan Conway long since dead is still making an impact from beyond the grave.

Susan Ryeland, former editor of Conway’s novels of Atticus Pund has recovered from her ordeal in the first novel, (this works as a standalone without prior knowledge of the first book) and is living with her boyfriend Andreas in Crete, slogging away in a hotel. It is a far cry from the world of publishing.

That is until two people turn up at the hotel, Lawrence and Pauline Trehearne – they want Susan to help them. They think she must have some prior knowledge to help with the disappearance of their daughter Cecily.

How can Susan help someone she has never met before?

It turns out that Cecily was reading Atticus Pund Takes the Case by Alan Conway and believes it holds the answer to a murder that took place on her wedding day at the Branlow Hotel. Before Cecily can tell anyone why she disappears.

Susan sees this as an opportunity to return to England, to think over what her life has become and to perhaps escape Andreas and the slog of the hotel work and temperamental staff and stagnant relationship.

Being paid by the Trehearne’s is an added bonus and surely the answer will be obvious within the book she has edited.

As Horowitz tried out successfully in Magpie Murders, we are treated to a book within a book, a novel within a novel, a murder within the investigation of something else. Everything clearly hidden in plain sight and in the style of the great Golden Age authors.

Can you work out the clues in Atticus Pund Takes the Case?

Can you work out what Susan has discovered through all her investigation?

It would be a great delight if there were more of these novels from Horowitz. I am sure there is much Atticus Pund has to tell us.

Thank you to the publisher via Netgalley for the opportunity to read this book.

Moonflower Murders is out now.