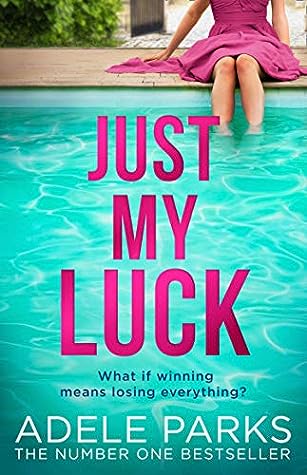 What would you do if as part of a syndicate of six you won £17.8 million?

What would you do with £17.8 million if you were part of a syndicate that the week before had broken up – because what were the chances of winning?

What if you were the one who still bought the ticket regardless?

Lexia and husband Jake have played the sames six numbers every week for fifteen years with their friends, Carla and Patrick and Jennifer and Fred. The six have formed a bond, a friendship, their children are all friends, saturday night dinners together,  their lives are seemingly entwined.

Until one Saturday when a rift starts and when Lexi and Jake find themselves the only winners of the £17.8 million.

Friendship and history should mean that they share it with the others.

Will the luck of Lexi and Jake hold out? Or will more people come along and try and claim what they think is rightfully theirs?

This is a book full of twists and turns which at times felt like I was watching events unfold in slow motion and I almost did not want to look as I could see where it was going. I was wrong on a number of occasions and the twists were certainly ones I was not expecting and I loved it! Of course it could have seemed obvious but the sign of a good writer to me is not to make it so.

Adele Parks captures different parts of the characters and their reactions to instant wealth well, Jake spent so unashamedly and encouraged his children to do the same that it became boring. Lexi wants to maintain a sense of normality for everyone, her job means she knows that not everyone is now as lucky as her.

Emily their eldest child, so like her father than she wants it all but finds that it actually comes at a cost which does not involve money. Logan, her younger brother, enjoys it but like his mother, is quite happy with his friends and computer games and making sure those certainties don’t change.

But it is the actions and reactions of those other four in the syndicate that start to show the differences that were perhaps always there in their friendship, that were never discussed, never mentioned. Jealousy takes many forms, of wealth, of status, of job, of home, of neighbourhood, of pretty much everything.

Every possible emotion is covered in this book through all or some of the characters and the author taps into your emotions as you waver between what you are told and what the truth really is. A great book to lose yourself in and to keep you reading long past lights out.

Just My Luck is published on the 14th May.