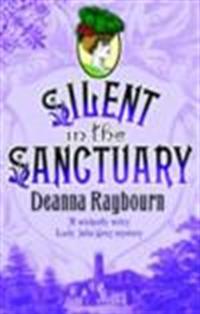 This is the second Lady Julia Grey and Nicholas Brisbane novel by Deanna Raybourn, if you have not read the first then do so, though this book will fill in some of the background story you will not get the full picture of their relationship and all its underlying currents.

Lady Julia is recovering from her ordeal in the previous book in Italy with two of her brothers Plum and Ly, but their father wants them all back home for Christmas, and for Ly to bring his new Italian bride with him. They come home bringing with them Alessandro, a friend from Italy who harbours a secret passion for Lady Julia to their country pile Bellmont Abbey or March Manor, where they are greeted by many members of their rather funny and eccentric family as well as a surprise or two and the mysterious Lord Wargrave. But is he mysterious or does Lady Julia already know him?

What then transpires is something which brings all great detective novels together – a murder. Who has committed this murder and why? And why has one of the house guests and cousin of sorts to Lady Julia claimed sanctuary in the chapel attached to the abbey? Did they really commit the murder or are they protecting someone.

Brisbane investigates with some help from Lady Julia, who whilst helping in one investigation ends up causing friction in another – the real reason that Brisbane has descended on Bellmot Abbey. Everyone is under suspicion and as the snow closes any access in or out of the murder, items go missing and the body of the victim is stored (and a post mortem carried out) in the game larder. It rather puts some of the guests (and the cook) of the food!

Raybourn has brought the two characters of Lady Julia and Brisbane back to life again, and this book reads as a witty tale of (despite the murder) escape into life in Victorian England. Ten out of ten for capturing so much of the society by an author who is an American but not once does this book slip from what it is all about – England. If like me you love reading about that upper class society world in an age gone by and you are not averse to a bit of murder and intrigue then this is the series of books for you. Raybourn successfully leads the ending of the story into the next one and I cannot wait to read it.

This review was first published on Amazon in 2009 and is featured on this blog as part of my look back at the last ten years of blogging.

Follow @joannedarcy
And another week completed. Still going strong every week with this since Sep 18.✔️