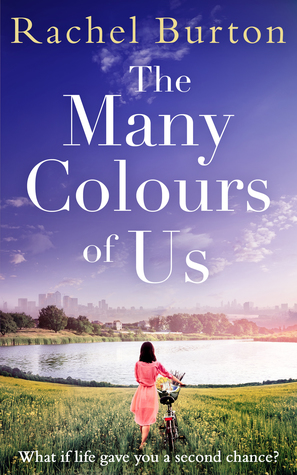 Julia Simmonds did not know her father.

Her mother the well known model Philadelphia Simmonds has always refused to say who he was. She maintained they didn’t need him.

But when Julia has just turned thirty, she is sent a summons to a lawyer’s officers to be informed that her father has died.

A father it turns out the whole world knew as he was renown artist Bruce Baldwin.

Her father the man is turns out she may well have met at some point in her childhood.

A father who has left her a fortune and a legacy.

Her father also left her letters – that he wrote to Julia on her birthday every year up until she was eighteen – this is the first time she has even seen them.

Julia’s life is turned upside down, who was this man, what did he have to say to her and more importantly what does all this information mean to Julia.

A wonderfully created story which also includes the letters that were written by Julia’s father interspersed as she finds out more about him, the relationship with her mother and how the future could possibly be not as disastrous as she first thought.

The emotions rock from happiness to sadness and you are taken as a reader along the journey of discovery and you feel every emotion as well – I certainly did. Clearly written so well for that to happen.

This was a read which you need to take time with, to appreciate everything about it but also know that you will devour it in a few sittings.

I seek out the books she has published since this debut, which I have been late coming to.

The Many Colours of Us is out now.