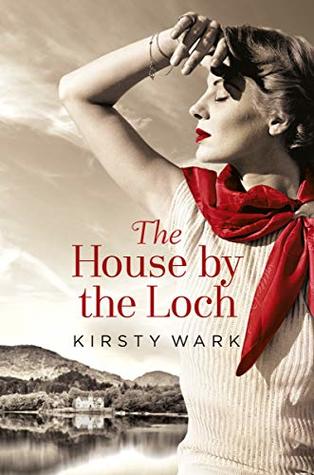 This is the first book I have read of Kirsty’s I was intrigued by what a well known journalist and broadcaster would make of being an author. I was not disappointed and it was not a story I was expecting.

This is the story of a family, a family from the past and the present and also how they are going to evolve into the future.

Walter MacMillian, falls madly in love with Jean and they marry, Patrick and Fiona are their children. Whilst there is no specific time period given you get the sense of it being the Fifties, references are made to the war and Walter witness a well known event when he was a small boy.

Living in the house by the loch is everything that Walter wants and Jean thinks it is what she needs to stabilise her own life. However, the demons are not far away and Walter begins to worry about her and the children. Has he done the right thing by bringing her to the house.

Years later, Jean is dead and Walter still lives near the house and has left a piece of land to each of his children where lodges have been built for them. Now his children, Patrick and Fiona bring their respective children, Carson, Iona and Pete to the same place they grew up as children.

The loch seems to be a draw for them all until one fateful weekend when tragedy strikes.

Told through flashbacks, which fit seamlessly into the present story of the novel, you start to unpick the real truth about this family and the events that have happened.

I was intrigued by this novel which kept me reading, it some ways slow paced as I had no idea where the story was going or if it was ever going to get there (it did). One of the major catalysts in the story was in the middle of the novel and was so heart wrenching I cried. If that was what we were building to what on earth was the rest of the book going to be like. Therefore I had to keep reading to unpick the tale and bring it all back together in some ways just like the family were doing.

A seriously addictive novel and well written which took me straight to the Scottish Highlands and into the middle of a family in crisis. Better than a soap opera any day!

The House on the Loch is out now.

One thought on “The House on the Loch – Kirsty Wark”