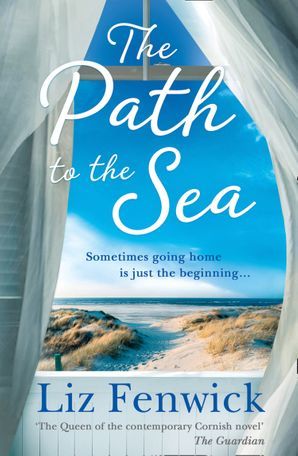 Three women, Grandmother, Mother, Daughter and one house – Boskenna almost like the fourth women in this story of secrets and lies and the mystery that can arise from one action and subsequent reactions.

It is the 1960s, the world is still very much in the throws of the Cold War, there is much going on. To get a break from that Joan and her diplomat husband have arrived to spend time in Cornwall, at their home, Boskenna. However it seems that you are never alone.

One weekend, to celebrate her husband’s birthday a house party is underway but there is some undercurrent between the walls, between the guests and between Joan and her husband.

Events take a rather interesting and dangerous course and it is one weekend that no one will ever forget.

She witnesses many things, she is apart of everything but is unseen in the shadows as she watches the glamourous people at her fathers party. But some things she sees are forever indelibly seared on her brain and she can always see them, she can always feel the guilt for the events that happened.

She has hardly ever returned to Boskenna but now forced to because of the ill health of her mother, she is going to have to confront her past.

This forces, Diana to be rather distant with her own daughter, Lottie.

In present day telling, the mystery that Lottie was trying to unravel was fascinating and the discovery of diaries and pictures added to it all.

The Cornish setting added to the atmosphere and the author has an uncanny knack of making it all three dimensional away from the page. I could taste the salt in the sea air and feel the heat of the sun.

The Path to the Sea works on so many levels and is a book to escape right into and immerse yourself in secrets of history, of life, of family and of love.

The Path to the Sea is published on the 6th June

One thought on “The Path to the Sea – Liz Fenwick”