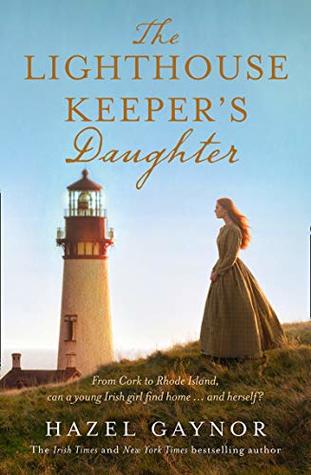 If I asked you who Grace Darling was you would probably be able to give me a sketchy idea of lifeboats, saving people and lighthouses. That was extent of my knowledge without a book or google to hand to fill in the details.

This book whilst fictionalising the story of Grace did something else for me. It filled in huge gaps in my knowledge of the event, of the way lighthouses work, the life that was led by these families and more importantly where women stood in the hierarchy of such things.

1938, Rhode Island,America.  Matilda Emmerson has been sent to stay with a distant relative, she has disgraced her good family by becoming pregnant out of wedlock. The distant relative happens to be a lighthouse keeper and there Matilda starts to come to terms with her subsequent pregnancy and starts to learn a lot about her past. Even down to why she was called Matilda.

100 years previous and Grace Darling spots the Forfarshire in trouble and assists her father in the rescue of some survivors. In the days before social media and instant celebrity, the speed in which everyone knew about Grace is staggering for its time. Boat tours went past the lighthouse in calmer weather to get a glimpse of her and people wanted literally a piece of her. Locks of hairs, portraits it seemed these were the ‘selfies’ of the day. Grace is very humble about what she has done and sees no reason for the attention which is brought to herself, her family and the lighthouse. She remembers that lives were lost and the families that were destroyed.

A book with strong female characters, some of them initially not that likeable until you start to realise the circumstances in which they are surviving. It is not only other people’s actions and emotions that can affect you. Your surroundings, the landscape can have detrimental effect to; the sea can tear them apart, keep them separate, can show you the truth and it can shape your life forever.

If you like historical fiction and want something different, then this is certainly the book for you.

A worthy and worthwhile read.

The Lighthouse Keeper’s Daughter is out now.