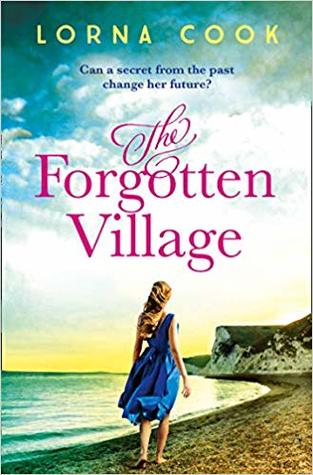 Britain is at war and people are affected in many ways.

No more so than Tyneham in Dorset who have given one sacrifice more than most – giving up their village. The village is going to be handed over to the Army for training and once the war is over the residents will be able to return.

On the night before they are all due to leave, a tragedy strikes and three people suddenly have their lives changed forever, but what became of them and did they return to Tyneham.

Melissa is on holiday in Dorset on what was supposed to be a romantic break – but it seems the break is not going to be a romantic one but a more permanent feature. On a whim she goes out to explore and finds herself at Tyneham.

Tyneham village has reopened to the public. People can go and see the village that was never given back to its residents, it was simply forgotten. But some of the residents are still alive and remember what happened almost 75 years previous. One of those residents is Anna whose grandson is Guy a famous TV historian and personality.

When he bumps into Melissa the spark of interest about the village is forged between them. And when a photograph speaks of something much more, Melissa with nothing but a broken heart to nurse decides to find out the truth but what does it have to do with Anna?

This debut dual time novel covers a fascinating aspect of war – the villages requisitioned. The past narrative is more concerned with the characters of the time, based around the events happening but it still gave a feel of what it was like then.

The present day story was a lovely section and the connection to the past was not the most obvious although the events of the present were predictable. The book left me wanting more, not only did I want to know more about people who were moved away from their homes, but I wanted to see how Guy and Melissa working together to research other interesting past stories.

If you have never considered a dual time narrative then I think this would be a great book to start with – it is not an epic novel but one you can easily take on holiday and happily relive another time.

I will be interested to see what the author chooses next.

The Forgotten Village is published on 4 April.