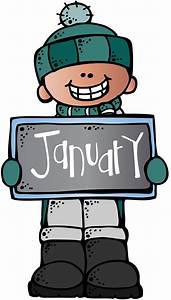 2019 has begun and we are already a month down. I hope if you have had snow you are safe, well and warm and if you haven’t the same sentiment applies! I am warm and we had a fluttering of snow but as for being well, I am shaking of the remnants of a chest infection and thank my GP, the wonder that is the NHS and antibiotics who made feel a lot better when I really didn’t know I was that ill.

As for the books that kept me going in January – it was a mixed bag and only one of them was an actual book – Sara Sheridan – Russian Roulette. I enjoy the adventures of Mirabelle Bevan and whilst I may not blog about the series anymore, do feel free to search the blog for the ones I have spoken about and you may well find another series to get into. Great for Murder Mystery fans.

More murder and more mystery came with the second book in another series Anthony Horowitz – The Sentence is Death. The author is in fact a character in the book and lets you into his ‘real’ life. If you know the name, you will know his oeuvre. It sounds confusing but actually is the least confusing thing about the mystery.

With murder there comes guilt. But what if the guilt was you witnessed a crime? Mel McGrath – The Guilty Party explores this concept but who is telling the truth? A very different sort of thriller, not the best I have read but interesting nonetheless.

I started 2018 reading Jennifer Wells and I started 2019 doing exactly the same. What on the fact of it seem ‘sagas’ they are in fact much more than that. Jennifer Wells – The Secret, this year’s read was no different. During the 1920s, a dancer is taken to a house to rest. In 1942 a nurse visits the same house. Surely the two things cannot be connected?

A new author to me was Helen Rolfe – The Little Cafe at the End of the Pier. Previously released as short novellas, this is the whole book (and my prefered way of reading said stories). As living somewhere with 2 piers, I felt drawn to the story and the food that was being served at the Little Cafe. If this is the quality of the writing, I will certainly be back for more.

Finally a book which I flew through in less than 24 hours, okay so I was aided by the fact the constant coughing kept me awake but so did the book too. In fact I recommended it to my friend as she was having a tough time and she flew through it too. So I heartily recommend Christie Barlow – Love Heart Lane. A book which will definitely make it onto the books of the year and it only being January is a feat I know but also the joy that I get to go back and visit Love Heart Lane later in the year. The book is already on preorder!!

So that was January…how was yours?