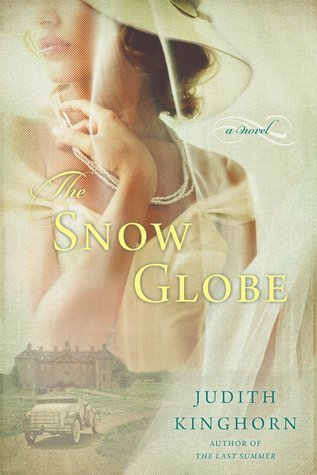 It is the mid 1920s, The Great War a memory but still being very much felt by the people who live at Eden Hall but for Daisy Forbes on the cusp of something her belief in the life she has had so far is about to be shattered.

It is Christmas, a time for family for being together and for sharing in traditions, such as the snow globe that comes out every year and is one of Daisy most precious items. However everything she knows is shaken up and settles very much in a different way, just like her snow globe. Can it all return to the way it was or a brighter future?

Upon overhearing from servants that her father has a mistress and then seeing her mother invite said mistress as a guest for the Christmas season, Daisy’s world and perception changes. She struggles to deal with such information and cannot understand how her mother puts up with such things and how even her older sisters seems fully aware of what is happening. Daisy is struggling to understand love and this is not helping her.

She turns to her friend, Stephen who she has known since childhood, but he has plans of his own and they may not include still being friends with Daisy as their positions in life suddenly become very different and their social gap could widen.

All the time she is being encouraged to settle down, to marry, not necessarily for love but perhaps for necessity. Dealing with kisses, proclamations of love and marriage proposals she does not know where to turn to seek the right advice. Her mother has gone travelling, her father she feels she cannot approach, her sisters either free spirits or already tied down with domesticity. What is the right way and if the globe is shaken once more the snow will settle exactly in the right place and then the answer will become clear. The questions she has been asking are making Daisy even more puzzled.

This is a book which encompasses the lives of those upstairs and downstairs in a big house, where people gather and it is described in such a cinematic way that you can see it easily being transferred to a screen. Of course it is very much Daisy’s story but I enjoyed her mother Mabel as she sets out to challenge convention and prove that love is worth fighting for.

There is something about historical fiction that I am drawn to, the chosen era reflecting the storyline as this book does. The characters having the same anxieties as those today, with twists and turns as life takes us all on different paths. You learn so much about another time, another place but you also learn that love is sometimes all that is needed. This book encompasses all of that.

A sheer joy to read.

The Snow Globe is out now.

For some reason, not everyone has read or even knows about Judith Kinghorn, her books do not seem to widely available in the UK. Let us change that I recommend her first three highly. I look forward to reading her fourth on my kindle ready to go. But to be honest, these are the sorts of book that need to be read gripped between your hands as you immerse yourself in the stories within the pages. 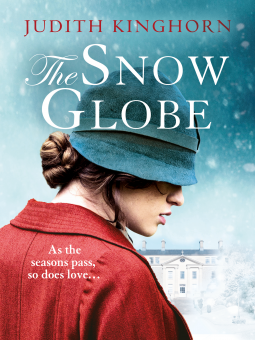