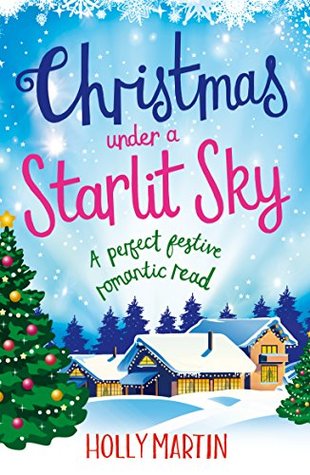 When we left Juniper Island in Christmas Under a Cranberry Sky – film star Oakley Rey had just landed.

The man Neve Whitaker, manager of the Stardust Lake Hotel and sister to Gabe it’s owner, had left nine weeks previously. The man she rejected for only reasons that she seems to know and understand. She was going to be no good for the burgeoning film star Oakley Rey.

If she keeps telling herself and us this, then obviously it was for all the right reasons.

The secret Neve is trying to keep is eating her up and Oakley is determined to do whatever he can to win her back, but Neve is frightened of having her heart broken again and does not feel like she has the strength to put a barrier up between her and Oakley. Of course the path of true love never does run smooth, especially when it is covered in snow!

Of course there are some familiar faces from the first novel, and it was lovely to return to Juniper Island. We learn a bit more about Adam, who arrived towards the end of the first book to assistant in the hotel. He falls for Ivy, when he has to get her out of a hole she has managed to get herself into, but for them the magic of the landscape and love knows to conquer every impossibility.

Nothing is lost in this second novel. Holly Martin manages to magically transport you away, to the snow, to the log fires, the promise of the Northern lights. This is where you want to spend CHristmas, although perhaps without the calamities that seem to befall some of the main characters.

If you can read the first one, then pick this one up straight away you can hold onto the magic that bit longer and whilst I was left disappointed that it came to the end. It was a fitting one, even if I do want to return there at some point in the future.

Christmas Under a Starlit Sky is out on 16th October and the first novel, Christmas under a Cranberry Sky is out now.