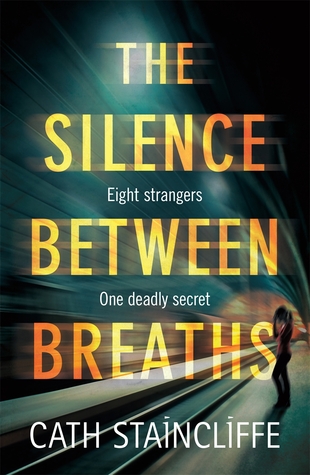 Like any other morning at a busy city centre train station. Passengers wait to board a train at Manchester Piccadilly to London Euston. They are starting holidays, new employment and escaping from the past as well as the future.

Imagine taking off the top of the train and picking on a few random people to find out about. Who are they and why are they on that train and what are they bound for on their journey

Holly has landed a job in the capital and she wants to make the most of it and her life, she is excited about going.

Jeff has never had a proper job and is going for his first interview. Understandably nervous he wants to make sure he doesn’t fail.

Naz is dreaming of when he owns and runs his own restaurant. In the meantime, he will continue to clean the carriage of its detritus left behind by the passengers and carry on dreaming.

Nick and Lisa, with their children Eddie and baby Evie are often to a family wedding. Nick doesn’t want to be on the train, in fact I don’t think Nick even wants to be with his family.

Meg is going on holiday with her partner, Diana but they are both keeping secrets from each other.

Rhona really does not want to be on the train with her work colleagues when she has left her daughter poorly at home, but still making her go to school.

Caroline, is constantly answering her phone from her mother, whose dementia seems to be getting worse with every call.

Saheel is sat on the train with a rucksack…….

Kulsooom is not on the train but she goes to use her brother’s computer and she discovers something which is going to change her life forever.

If you can imagine the rhythm and motion of a train on the tracks as you go on a journey, no matter how long or short, you can pick up the flow of this story. You have prior knowledge early on you know what is going to happen and you cannot do anything to stop the momentum. All of this builds for the climax of the story but perhaps it is not as you think it all will be.

This is very much a story of today, of the news items we watch day in day out, of the threats that have been carried out and the ones that have been adverted. What it does differently which made it stand out for me was that you saw the other side of the story, you saw how it affected those left behind. You saw the choices some people made so they could live or save others. You also saw with heartbreaking reality the choices made when they were going to die.

You don’t enjoy this book as there seems something wrong in saying you enjoy a book which is very much like reading a news report in the paper or watching the equivalent on the television. You have to know what happens, which is one I had to keep reading, it took me no time to read it. It pulled me right in and more and I started to ask questions, to stop and pause and look around as I read it.

You just do not know what is going on in anyones life and Cath Staincliffe has glimpsed a moment, a moment that will change everyone.

Thank you to the publisher and netgalley for allowing me an opportunity to read this book.

The Silence Between Breaths is out now.