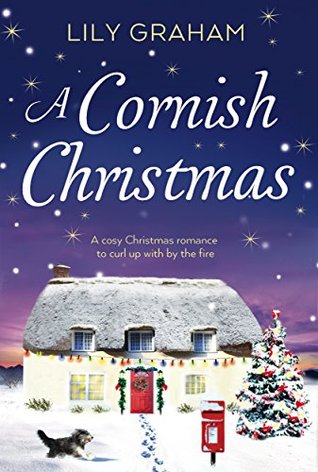 There is nothing like being thrown in at the deep end when it comes to getting to know characters and books. This is one of those books, it drew me straight in. I loved the setting, the characters and even the magic realism I could manage as it all formed part of the story.

Ivy and Stuart have moved to Sea Cottage in Cloudsea, a village in Cornwall. They are following their dreams and even more so now that it looks like the dream is about to become a reality with Ivy expecting a much longed for baby. The pain of them getting to this point, is dealt with beautifully and my heart went out to them both.

At such a changing time Ivy is understandably missing her mother, who has passed away. However, when she moves her mothers old desk into her own study for her illustrating that Ivy does it seems that suddenly her mother is much closer than she first thought and she can answer some of the questions that Ivy wants to ask.

Stuart has taken to country life much more than his mother would like and whilst he seems to have a rather interesting take on flavours of jam (Turnip?!) he is also keeping a secret from Ivy. However, Stuart’s mother is determined to make everyone see sense and the perfect place to be is back in London, just round the corner from her where all help can be provided and every need catered for.

She was depicted as the Mother in Law from hell, so claustrophobic, but ultimately at the heart of manner was the fact that she cared, deeply for Stuart and for Ivy.

However the halcyon life that they are creating in Cornwall is not without its difficulties and even Ivy’s mother is telling her that she needs to be strong, stronger than she has ever done before. It seems that Ivy might need to answer some of her own questions without any help or guidance.

This is a lovely read, it drew me right in and I cared about everyone, even annoying mother-in-laws! You do need tissues, because I didn’t see some parts of the story coming. But when they did, they really shook me up as a reader. The sign of a good writer. Yes it is a Christmas book but actually that doesn’t really matter that much, the strength of the characters and the setting make it more about them than the time of year! If you want a lovely Christmas read then this book will work its magic just like it did for Ivy.

I would love to go back and see how they are all getting on.

A Cornish Christmas is out on 30th September.