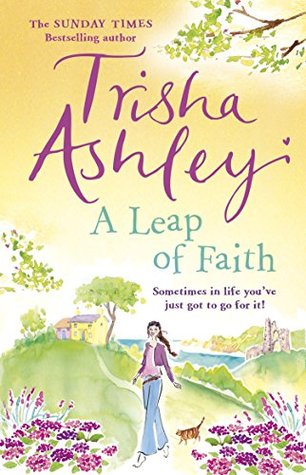 Sappho is a fantasy writer and his hurtling towards the big 40, rather than travelling around with her writing, she decides to settle in her cottage in Wales. She is still close to her university friends Miranda and Mu and they live near as well, trying to make sense of their lives as that number 40 looms large in their lives too.

Sappho realises that she is going to end up a stereotypical spinster with a cat and she has to overcome an overwhelming urge to throw caution to the wind before it is too late. Trouble is Sappho is so wrapped in the lives of everyone else she fails to realise that what she is looking for is under her nose all the time.

Miranda has had all the confidence knocked out of her, when her marriage starts to struggle and it seems she cannot fathom at all the behaviour of her husband, Sappho steps into help her out and whilst she boosts Miranda, she still cannot see how she would ever want to be saddled with a man.

Mu is desperate for a child, and she does not want her husband to discover that the fault could lie with him. With the help of Sappho she organises an eccentric way of solving the problem.

Nye is a local potter who every female seems to have their eye on. But not Sappho, he is the antithesis of everything she normally goes in for in a man. Trouble is he looks familiar, in fact it seems that Sappho’s fantasy writing might have become reality.

This is an early Trisha Ashley novel, which has been reissued, (previously An Urge to Jump) and whilst perhaps for me it does not have the strength that her later novels have had it is in fact a nice story to read and escape into. It has some rather comedic moments, I was like Mu and only went everywhere in the car providing I only had to turn left for at least 18 months after I learnt to drive! The mystery elements had me expecting to see Miss Marple pop up at some point and solve the mystery. And as for the despicable Chris and Dave, they wanted to make me leap far away from them!

Thank you to the publisher for providing a copy for me to read and review.

A Leap of Faith is out now.