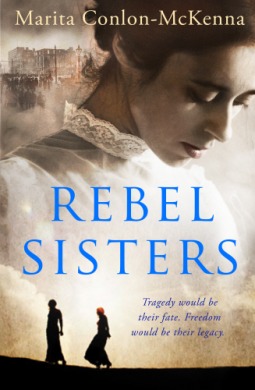 Even though the threat of The Great War looms large in Ireland, they have their own simmering tensions which are arising. Dublin is the key city.

Three privileged women find themselves caught up in their beliefs and their love for their family and their men is tested. As is their faith in religion and what is morally right and wrong.

Grace falls in love with Joe. Her family does not bless the union, especially as Grace crosses the religious plain and becomes a Catholic.

Nellie does not want to end up like her mother and become her servant. She breaks away and teaches others to ‘keep house’, effectively getting a job, much to her mother’s dismay.

Muriel falls in love with Thomas. They are of differing religions and class and their love is strong. But it can it survive Thomas strong-willed beliefs.

These three women, are in fact real people and did make an impact in Dublin at the time, from their actions and who they chose to be with. Joe and Thomas were two of the leaders of the Easter Uprising/Rebellion of 1916 a significant point not just in Irish history but British history too.

I knew very little about the uprising and I did not know of the existence of these women, known as The Gifford Sisters until the very end of the book. Marita Conlon-McKenna had chosen three of the family, there was twelve in total to focus her story on, which she has clearly researched.

Although Joe and Thomas feature heavily this book is very much from a woman’s perspective and shows the conflicts they were having to fight with their mother, their reasoning behind the uprising and the knowledge of what was about to happen and those innocents who would be caught in the crossfire.

I learnt so much from this book and the tragedy that unfolded leapt off the page, I felt I was amongst it and had to keep reading, though I didn’t want to. Very conflicting but interesting at the same time.

Written from the point of view of the three sisters and also their mother, there is enough background to give you a real insight into these women. Strong female characters is a common trait for this author, but this is very different from the other book I have read by this author.

A piece of historical fiction which was very different from what I would normally choose when it comes to this genre and I was most surprised by how much I enjoyed it.

Thank you the publisher and netgalley for allowing me the opportunity to read this book.

Rebel Sisters is out now in all formats.