I rarely give up on books if I am being honest. The author has invested time in writing it and there must have been something which captured my attention for me to have invested money in it.

Sold to me on the back of how good Gone Girl was, I purchased this book below. 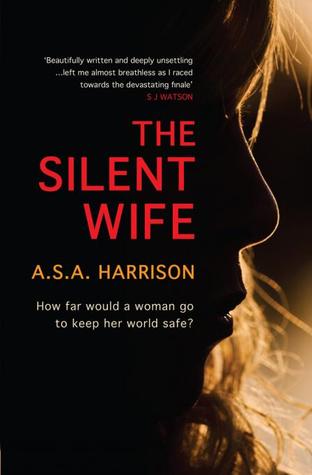 It sat around on my kindle for a while and when it got chosen as one of my 2016 challenge reads, I thought it was a good opportunity to read it.

After having been captured by the thrilling read that is B.A.Paris – Behind Closed Doors (more of that coming soon) I wanted another thriller in a similar vein to many I have read before. I turned to The Silent Wife.

I wish I had not.

The book was a slow start, but that is okay because sometimes these things need to be.

But it did not pick up pace for me.

I disliked the main characters, Jodi and Todd. Todd thinks nothing of cheating on his wife. Jodi seems to put up with it all. There was still nothing that captured me, even when everything started to fall apart.

I got to the point, just about 50% of the way through the book where I felt I simply did not care enough to carry on. I did not care what happened to them and I did not want to witness anymore.

I put the book down. I filed it on my kindle under ‘unread’. I marked it as abandoned on my challenges page.

And I felt such a relief.

3 thoughts on “A False Silence”