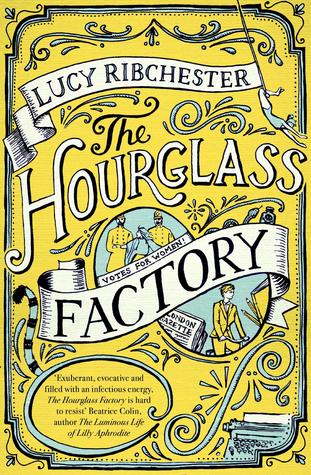 Frankie George is trying to break into the world ‘proper’ journalism. Not just writing a lot of the fluff and nonsense that some newspapers want for their society columns. She is not interested about who was seen with who, what the latest garment everyone should be wearing or the latest delicacy to grace the tables of the rich.

She wants to be a hardcore journalist, but she is very much in a mans world and it is proving more difficult.

Ebony Diamond has a reputation to maintain. She is an acrobat and a trapeze artist who is known throughout London. She is just as famous for her corsets as he is for her act.

It is her corset which will lead Frankie into a world of secrets, terrorism and mystery.

Frankie meets Ebony and then Ebony disappears and Frankie is left wondering why? What is the connection between a trapeze artist, a snake charmer and a suffragette? It will take a lot for Frankie to find out and the date of the 5th November is looming fast.

In contrast to this rather vivid world of Edwardian Society, is the world of the Metropolitan Police. DI Primrose is a plodder and in many senses and you can see why policeman were referred to as plods. He has a sense of apathy about his job and the time he is spending away from his wife and the time he is spending within the suffragette squad. Unfortunately his superiors had other ideas about how policeman should work within the suffragette squad. Will DI Primrose gain any sort of result from working his methods?

This debut novel does require some concentration, it is rather complex and it did take me a while to really get into the story. It does pick up pace once the scene has been set and clearly plenty of research has been done. I just wonder whether too much has been fitted into the book and the story would have worked just as well without some of the plot lines or characters. They could have had a novel all to themselves.

A debut novel bookended by the death of many in April 1912 and of one in June 1913. (Testing you on your knowledge!) Major events in British history but so much more was going on in these months.

I love the cover of this novel, which is what I was attracted to. An interesting concept for a story and I have read very few novels with the suffragette story as a backdrop. As a lover of history it is something I must seek to rectify.