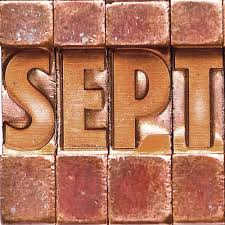 And yet again another month is knocked off 2015. Of course I have been reading and when I go back to work it does tend to slow down a bit, but I have made a fair good effort for September and plenty of variety too.

As you may or may not realise Cornwall has been featured heavily in 2015. I was back there with Liz Fenwick – Under a Cornish Sky* and I have to say I really do enjoy this author and have downloaded the other two I have not read to my kindle. I am not leaving Cornwall any time soon for sure.

I did not want to leave Ceylon and Gwen when I was transported away with Dinah Jeffries – The Tea Planter’s Wife*, there is something so atmospheric about the book that I could almost feel I was out there in the monsoon weather and the intense heat.

Of course I was trapped on Nigger Island with ten possible murderers in Ten Little Niggers – Agatha Christie* which is the original title of this story, but  has been changed into Ten Little Indians and then into what the majority of people will know it as And Then There Were None. I am slowly expanding my Agatha Christie reading to capture lots of her other stuff too and this is also to be a television adaptation around christmas time as well. Always good to be one step ahead.

Which is why I dug out J.B. Priestley – An Inspector Calls*. I still had the play, which I think I must have done at school as it still had my name in the front. It was one of those stories, that also my mum told me about after having seen the wonderful film version with Alastair Sim. The latest television adaption was very faithful to the book. I may write more about it soon.

There will not be a review for Joanne Fluke – Cream Puff Murder as it is one of those escapism, formulaic series of books that I read in almost great need for something fluffy and not taxing at all.

I waited patiently for Cathy Bramley – Appleby Farm* book to be published as a whole as I did not fancy reading it in parts, because I knew that I would be so immersed in the story I would be extremely impatient waiting for the next part. Which is why I am holding out for Wickham Hall.

So as September closes I am back in a dual narrative book, which I do admit to adoring and have been transported to Paris and cakes. What more could a girl on a diet need?

In one very personal narrative I am also reading about the Second World War through some personal diaries of May Smith.

*Book review yet to appear on my blog