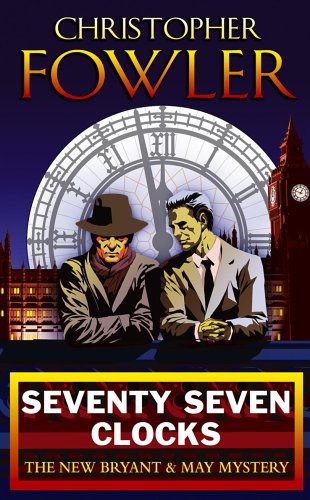 In this the third book of the Bryant and May series, you can see how the team at the Peculiar Crimes Unit are suddenly starting to work more together and how they are recognising the foibles of the two main detectives John May and especially Arthur Bryant.

The setting for this book is Christmas 1973 – the weather is atrocious, the winter is cold. It is dark not just due tot he time of year but also the strikes and the blackouts. The three-day week was just round the corner.

Of course this setting adds to the intrigue of the crimes which seem to be happening, members of an old aristocratic family are being killed off in some rather strange circumstances and with some rather peculiar methods.

No doubt Bryant and May are the ones to solve this case. But time is running out and it seems that even infiltrating a family tradition and belief may not stop any more murders.

I did find this book a bit difficult to get into and follow as it went along, although I obviously still enjoyed it. I was at the end rather confused and I think it was at times a bit far-fetched. However the interaction of Bryant and May and the humour that is scattered throughout the book, made the rather odd happenings seem quite normal!

This is the fourth book of this series I have read. I jumped and read the latest when offered, then was lucky enough to win the entire set so I am going back to the beginning. Like I have mentioned in previous posts on the matter, I am not sure how many books of the same series, you should review. I think I may well have reached the limit for this series.

However, never say never and I think some of the books in the series will stand out more than others so they may well warrant a review.