I was not going to review this book, not because there was anything bad about it, but it was one of those books which was enjoyable to read and that was simply all. There is nothing stand out about it which warrants a mention. And as this year was the first year where I have decided to read and enjoy and really only write about those I want to I knew this was going to be one of those books. 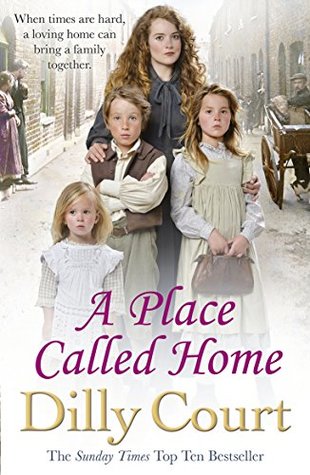 So why have I changed my mind.

If you go and look at the reviews on Amazon they will not tell you very much at all. Despite there being upwards of 300 of  them. Most are one or two lines. It intrigued me. Was there a reason for this. None go into any great details about the book and there is nothing there to make you go stop and think I have to read this book.

Perhaps that is why I decided I wanted to write something and record it for posterity – but oddly enough not write a review.

Born out of wedlock when her mother was only fourteen, Lucy Pocket has spent all her life in the care of her disreputable but charming grandmother, Eva. They dodge from one poor lodging house to another, always in debt and resorting to theft in order to exist.

Until her wealthy paternal grandfather buys her from Eva, determined to bring Lucy up to be a lady. When her grandfather dies, his despicable nephew cheats Lucy out of her inheritance, except for a run-down lodging house in Whitechapel, where she is forced to look after his three illegitimate children.

Jilted by her would-be fiancé, Lucy is determined to make a life for herself and the children, and to search for her long lost grandmother, creating the family she has always longed for.

There is a lot packed into this book, as you can see from the blurb the main character is Lucy Pocket and it seems that she is seeking a home. She has been moved pulled from pillar to post in various ways in her life and just as she settles everything is turned on its head, emotionally, financially and physically and she has to start again.

I enjoyed the book, I was taken to the 1860s and it made a change from reading historical sagas from the beginning of the twentieth century and involving both World Wars. Very much a book which deals with the lower and the upper class and all walks of life in between.

As I was taken back to another time, I was also taken back to my early reading days when I read saga after saga and consumed them as I did Enid Blyton books when I was even younger. That is why I enjoyed the book, escapism, learning in a roundabout sort of way about life through social history and through the eyes of the characters created.

I have another Dilly Court on my pile to read and I certainly will read it as it would be nice to see what else this prolific writer has turned her pen to. That was the other reason for acknowledging this book – I have never read anything by this author before and I wanted to recognise that my reading has taken a new turn and I have been introduced to yet another new author.

Thank you to the publisher for chance to read the book.

A Place Called Home is out now in all formats.