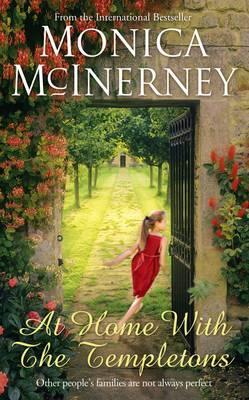 The Templeton family are rather a tourist attraction in the town they live in Australia. Husband and Wife, Henry and Eleanor, their four children, Charlotte, Audrey, Gracie and Spencer and their aunt Hope.

Having moved from England they occupy a big house which they have actually turned into a tourist attraction. Opening it up at weekends and embracing the whole past life by conducting tours in full period costume, they survive on the income it brings them but only one Gracie thrives on the idea of Templeton Hall.

Whilst they all pretend to be going back to the past, the family seem to want to break out of it and forge a future, one where they do not have to dress up and answer meaningless questions from ignorant tourists.

Their neighbour, is single mother, Nina and her young son Tom. She once visited the Hall and was treated appallingly and vows never to return. But when a friendship develops between the two boys Tom and Spencer, it seems Nina will have to embrace life with the Templeton’s in it.

As the years pass and events take over some of the characters, Nina it seems will never be rid of the Templeton’s.

This is not my favourite of Monica McInerney’s novels. She always writes great ‘chunksters’ that you lose yourself in, but this is not one of them. It has a very slow start and although I kept reading it was just to see what was going to happen and how on earth the storyline was actually going to escape from the page and be apparent. It took a long time, but even then it was not very clear to see. Not any of the characters stood out for me and at no point could I empathise with them. There were twists I suppose, but for me they were not heart stopping ones or stand out enough for me to recommend this book.

I was bogged down with the plot, the characters and the length and skim read some passages, as I was just trying to see the end of the novel. Perhaps I should have given up? But there was enough of McInerney’s good writing for me to have a small amount of interest to get to the end.

It did pick up in the last quarter or so of the book and I actually found more interest, but by that point it was perhaps too late to save the whole novel.

Don’t start with this one if you have never read Monica McInerney before.

It is always disappointing when you read a book by an author you have come to rely on, only to be disappointed and because I invested a lot of time in this book especially at 600 pages I felt cheated I did not get what I thought I would from the book.

I knew even more that the book was not working, because I started another one to read when I did not feel like reading this one.

If you do fancy reading a Monica McInerney then try Hello from the Gillespies.