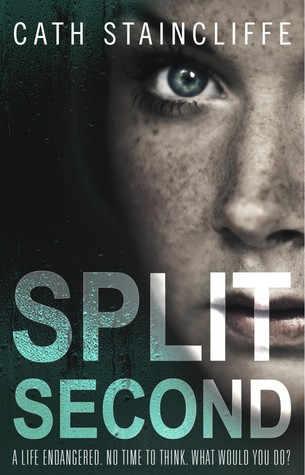 The tag line of this book is – what would you do? Ask yourself at the very beginning of the story and then again at the end. Would you come up with the same answer I wonder?

Luke, a teenager is being harassed on the bus by three other teenagers. Everyone is ignoring the incident. No one wants to be the one to step in and do something.

That is until Jason, not much older than Luke does step in.

The incident moves off the bus and ends up outside Jason’s house. The three attackers flee. Leaving behind their victim.

Everything that happens next seems to be in slow motion as everyone takes in what has happened to Luke and Jason.

This book opens with such an impact that you are left reeling along with the three main narrators of the story.

Andrew, Jason’s father is coming to terms with what has happened and is trying to hold onto his marriage at the same time.

Louise, Luke’s mother is coming to terms with what has happened and is trying to hold everything together for the sake of her son and daughter.

Emma, witnessed the events on the bus. She was the one that turned a blind eye. She was in fear of her own life. What if the three teenagers, turned on her?

As the story develops, we learn more about each of the main narrators, more about Luke and Jason and sadly we learn about the three teenagers who fled. Emotions are highly charged and as a reader I was swept away with the fact that time seemed to have stopped still for some of them, whilst life was going on for others, maybe not so happily but moving forward none the less.

The actions of those that are affected might seem odd out of a situation like this but make perfect sense, as friendships are forged under the most strained circumstances and that the questioning can perhaps never end if there is no justice. But it raises the question of what is justice?

This book dealt with many issues and it is very difficult for me to pigeon-hole them into this review. This book is gritty, it’s real and emotional. However, when you get to the end you will not only ask yourself what would you do? But if you were in the situation of Andrew, Louise or Emma what would you do in their shoes?

Well written and plotted. I personally cannot fault anything about the book.

It has taken me an absolute age to get round to reading this book. I have had it for at least three years. But the impetus for me to read it came about when it was picked for one of my challenges for 2015. I wish I had not waited so long.

If you are looking for a good book to discuss at your book group, then I think this would make an excellent choice.