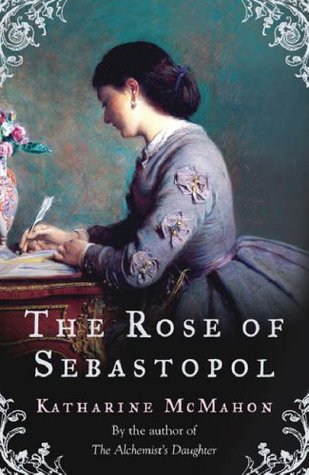 Mariella’s life is a fairly simple one. She is devoted to her duties within her family and sewing circle. Her life is somewhat mapped out for her and all its constraints that a future life will give for a young woman in Victorian society.

Her fiance Henry has made a name for himself as a surgeon and it is that which takes him away from Mariella. There romance is to be put on hold.  Henry enters a world which Mariella can only but begin to imagine,her sheltered life and upbringing can only touch a small part of what Henry is a part of every day. Henry goes to war. Mariella’s war is constrained to watching soldiers march past Buckingham Palace, to scrapbooks full of newspaper cuttings and making items for the soldiers abroad.

Mariella’s cousin Rosa, has other ideas about life and certainly about war. She wants to experience everything that Henry has the chance to do within his work. She wants to go to places that young ladies of a certain standing do not even go. But there is something I found disturbing about Rosa, she wants Mariella’s life as well. Her behaviour is erratic, her love for Mariella verged on the obsession and there was an undercurrent of homosexuality there, certainly on Rosa’s part, I think Mariella was too naive to even begin to see such a thing. At times I despised both characters but also admired them for the strength they seemed to gain as war suddenly affected them all that much more.

Rosa goes to war. Henry is there. By chance their paths cross. But communication with home ceases, and when Henry is recuperating in Italy after illness Mariella makes the decision to visit.

What then transpires is something which shocks Mariella and she now has to find the truth and more importantly find Rosa.

And so the book takes us into the heart of war, the shocking losses, the smells, the tastes and the fantastic scenic imagery from war ravaged landscapes, to the organisation of military hospitals and the basic nursing care as it develops. This is all brought to life by the author and gives a small insight into a period of history that I knew very little about.

The backdrop of the Crimean War was a new historical period for me to be reading about and I feel that I was more enlightened having read the book. The book contained many interesting aspect as we see the development of hospitals within the Victorian society and I would have liked personally a bit more background on that and the world which Mariella was inhabiting.

A good piece of historical fiction and with characters that you can like and dislike in equal measure.

This book has been on my shelf for a long time and I am glad that I am now getting round to reading some of these books, especially the historical fiction as it reminds me so much of why I love reading.