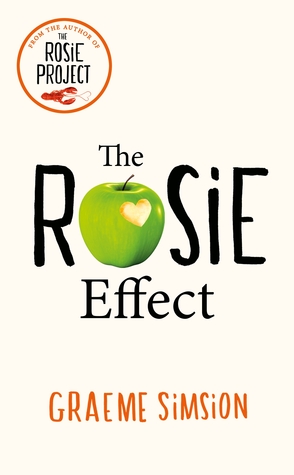 Trouble is Don cannot be without a project and being a husband is rather a major project and one he seems to be struggling with at times.

He is learning with his new wife Rosie, in their new life in New York that spontaneity is ok, it is good and healthy in a relationship. Too much structure and control might not be good for a relationship.

When the arrival of a combination of genetics begins to form in the shape of a baby. Don decides that he now needs to concentrate on this project and understand fully something which is beyond his comprehension – as although this is a process he can look at and analyse and take solace in development from a scientific point of view, he is not equipped to deal with emotions and feelings. Rosie has an abundance of them. It is all beyond Don’s control.

Don gets himself into some sticky situations and whilst inevitably you could see what happens, it is the humour in Simison’s writing which takes over and makes us understand Don and his actions.

Characters from the first novel reappear, either in person or through the medium of technology. Of course there is not many as Don’s immediate circle is small but we still manage to love and hate Gene in equal measures and watch with some pained moments as Dave tries to cope with also being a father but with a very different outlook on it, than Don. The new characters that appear fit in with this circle of Don’s  friends which in itself is rather amusing as they seem to gravitate to Don rather than the other way round. He uses them all in his quest of the Baby Project.

This is nothing like the first book and I was a long way through when I realised that Rosie is merely a secondary character, a vehicle which to show Don. That would be fine if she was not such a major part of the first novel. It was this which left me feeling that this book has not quite got the edge. Rosie was a feisty character but she has lost that and seems to have retreated as if the whole thing was a huge mistake. I am not sure if this was the author’s intention, but for me it came across as such.

The next project may be one that neither Don or Rosie want to embark on. With a new life due it can only mean happiness somewhere.

I enjoyed this book, however I think that perhaps Don and Rosie should have been left to manage life without us peering in, voyeuristically through the pages of a sequel?

Thank you to netgalley for providing me with a copy to review.