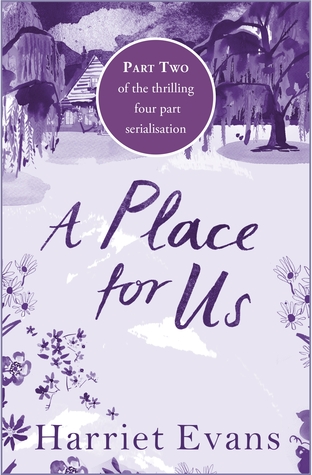 I am back in the fold in fact in Winterfold and Martha’s 80th party is about to begin. We are now going to find out what the announcement is she wanted to tell us.

Although the first part of this serialised novel was slow, its purpose was to introduce us to the characters and their dynamics. This second part takes this one step further. Now we get to learn the truth.

We see who turns up at the party.

Obviously Martha is there, as it is her party and her husband David is at her side.

The distraction in Bill and Karen’s marriage is revealed. Bill does not want any more revelations, this secret is enough for him to deal with. Trouble is Karen has secrets.

His sister Florence, is home. She has no career anymore but is set about gaining some power and revenge. She has kept what has happened to her a secret.

Cat is home from France. She has brought someone else with her, that no-one knew about.

We learn more about Daisy and the life she has chosen, away from Winterfold and the fold of the Winter family.

It still seems that all of these people are existing alongside each other, but very much apart and not together.

Harriet Evans continues the story chapter by chapter by different main character having a voice, but linking in the plot and everyone else. We have to go back years to find out exactly what is going on in the present, but it is done cleverly, you almost don’t’ realise.

Just when you think you had found out enough about this family, the main reason for the gathering – the important announcement from Martha is made. Suddenly events overshadow it and part two ends, just as much as a cliffhanger as part one, if not more.

I am really enjoying this book, I was worried that I would have forgotten what was going on before, because I have read many books in between but as soon as I started I was taken back, I remembered and I read it all in one sitting.

Cannot wait for Part Three as I really can’t see where this book and its characters are going to go next.

Thank you to the publisher for the first part and then allowing me the privilege of the second part via netgalley.

I am not sure I would want to read a lot of books this way, but this is great fun so far.