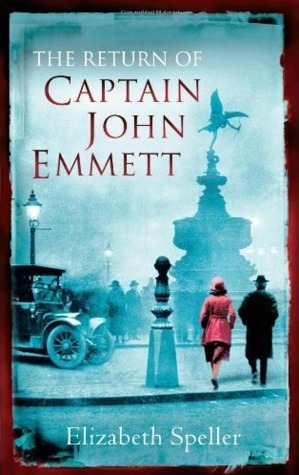 For those that survived The First World War, coming home and readjusting was another battle that many were facing. John Emmett returns having survived although not completely unscathed but it is mental wounds that are the most worrying and has caused his whole personality to change.

John is admitted to a nursing home in the hope that these mental wounds can heal. However, one day he is found dead in the surrounding woods. Assumption by all is that it was suicide.

Mary his sister, believes that there is an actual answer to the death of her beloved brother. She writes to a school friend of John’s, Laurence Bartram in the belief that maybe he will be able to make sense of the fact that someone who has survived a war, takes his own life.

Laurence has been through the same war, his tragedy is the loss of his small child and wife.  He has no one, no interest in anything other than writing a book which will never be finished. What was left for him now he had survived the greatest of horrors?

The letter from Mary sparks some sort of interest to find out the truth about his former school friend. He decides perhaps this will give him a purpose. Laurence starts to unravel a mystery not just at home and find answers for Mary but from incidences during the war.

This is a book which is a mystery, a page turner, you inevitably want to know the truth and see that if there is any evil then it has been overcome with good. However, it has its place in historical fiction. The aftermath of the First World War is rarely mentioned in fiction, apart from the Flu Epidemic which took even more lives. Those who returned are just as important as those who never did. Elizabeth Speller is concentrating on an upper class system, the officers at a particular time and in a particular place to bring together the many strands of this story and the mystery to a conclusion.

This is not a sunny story about war and life afterwards. Some of the topics touched upon are distressing and depressing, but I think it is important that all life is covered when trying to embed war into fiction. The research that the author has done, shines through in the book and for me she has seemed to make sure that she has not held back on anything and captured it well. Though the mystery is not part of the research but the imagination of the author, it has been fitted in well, but sometimes a bit too obviously well for it to be quite believable. That aside, though it is the characters and experiences of war, being a certain class, holding a place in life which is what has made the book for me and fascinated me once again for history.

I am going to see Elizabeth Speller at the West Meon Literary Festival and looking forward to hearing her speak. She is sharing the limelight with Anna Hope whose debut novel Wake I reviewed here. Both have dealt with the aftermath of the First World War and both their books should be read if you want to gain an understanding of post war. Life went on for so many.