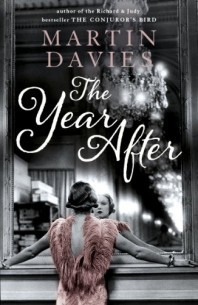 They say you should never go back, it will never be the same as it was before. However for Tom Allen, alone at Christmas it seems he is subconsciously drawn back to Hannesford Court and the Stansbury family who reside there.

It is going to be different this time, so much has changed. It is 1919 and Tom Allen has survived The Great War but he is struggling to be a survivor when many of his contemporaries are about to be names carved in stone forever on memorials. Those he goes back to visit at Hannesford Court are no doubt wondering why it was him that survived and their son that did not, their son that got horrifically injured. Perhaps going back to a familiar place will give Tom some chance for the future?

Going back though means having to face secrets of the past. Ones that really should be forgotten. That summer of 1914 before the war, was glorious, everyone who was anyone was at the Hannesford Ball and there were relationships blossoming and friendships being forged. The subsequent war put everything on hold but it seems there is still some unfinished business to be had. Tom suddenly discovers that the truth. Are some things best left in the past and with those that never returned from the war?

This book cuts between the five year period that the novel is set effectively. Whilst you are learning about Tom and the other characters who frequent Hanneseford Court and their reason and relations for being there. You are seeing a society that has changed beyond anyone’s belief. A Christmas Dance is heavily populated by women, as the village has fewer men than before the war. The acceptance of women in roles previously only held by men is becoming more common. The old way of life is very much dead and society is changing, especially a society that relies on its parties, balls and servants. The author seems to be able to connect right into the psyche of this society and its descriptions of events such as shooting parties, dressing for dinner and even such a trivial matter as eating breakfast.

What is this book though, is it a mystery or a romance? It is neither but it is both in equal measure. I felt it was a book that has captured the aftermath of events and has shown how war has affected a part of society, which remained unchallenged for a number of years. It is a book which shows emotions clearly and you cannot help but be drawn in, taken along and feel for all the characters.

A worthwhile read, which really makes you think about those that came back from the war. A nice contrast if you enjoy historical fiction and want perhaps something about after ‘major’ events.

This was a random book choice, in the sense it was on one of those tables in Waterstones and it caught my eye. From the cover it was going to be something of a ‘society’ book. It was much more than that. I have no comparison to Martin Davies other work, but I can see that one has been a Richard and Judy choice. Have you read any? Do you recommend The Conjuror’s Bird?