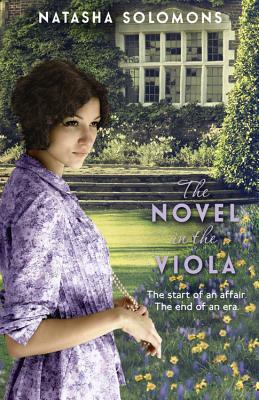 Elise is an Austrian girl, who seeks work in Britain. Whilst there is nothing untoward in such a thing. Elise is an Austrian Girl in the 1930s and Jewish. The only way for her to live is to escape her country of birth, find work and wait until she can rejoin her parents and sister in American.

That is how Elise comes to Tyneford Hall as a maid. However, Elise has stepped from one level of society down into another and she belongs in neither in the British Class System of the 1930s.

She is made to clean the silver and serve the tea.

She is used to having tea served to her and from silver tea pots that she has not even cleaned.

Underneath her maids uniform she wears the pearls her mother gave her as a security when leaving Austria. It is this touching memento which keeps Elise remembering exactly where she has come from and her status.

She is neither one or the other. Neither upstairs or downstairs. The staff can she does not belong with them, but does she really belong with the widowed man and his son, Kit upstairs?

But there is something about Kit that Elise is drawn to. And Kit is drawn to this rather interesting foreign parlour maid. Kit shows Elise that with the strength of love you can break down some barriers.

However the war that Elise escaped from in Austria comes to Tyneford Hall. The author then takes us slowly but surely through love and loss with great emotion that it all unravels as does Tyneford Hall itself.

The title is very much an interesting concept. It actually was lost in the whole story and whilst I believed for a long time in it and the future it would give, it was really a disappointment and the book could have worked without it.  The House at Tyneford, which it has been called in other countries would have sat better with me and makes more sense to the overall story.

A book which was a refreshing change and it was interesting for it not to focus on someone British. As you read you know what happened in history and there is some inevitability to what happens, but the characters did not and the result of Elise losing contact with her past was heart wrenching. I wanted nothing more than a happy ending, but life does not have those all the time.

A book to read slowly, not one you can skip through at a heady pace because it does not allow for that. It draws you into the life of Elise and I enjoyed it with a sad melancholy I think. The subject matter was interesting and I do like a book set in the past but I would have liked to know more about Tyneford the place and the compulsory purchase of it to enable war training to continue unabated. That could have been give more and not as rushed as I thought it was.

A book that shows the changes not just war makes but loss, love and class. No matter who you are or where you come from, you must be loved for you simply and not what religion or class you stand for.

I have this book sat on my shelf for a while, I read her first novel Mr Rosenblum and I much prefer that one to this. Although the subject matter here is good, what I would have liked to know more about was glossed over very quickly.

I am intrigued by her new novel The Gallery of Vanished Husbands and look forward to reading it.