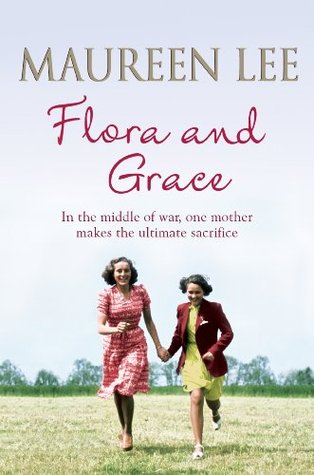 Flora’s life changes when she is handed the responsibility of being a mother. There was no time for consideration or thought – she was handed this child and only told one thing, his name is Simon.

Flora is in Switzerland during the latter years of the Second World War.

Flora was at a train station as a cattle train which seemed to contain humans passed through.

Flora is an orphan and only has a sour faced aunt left in London when she is sent to school in Switzerland. The war prevents her from going home, but when she does arrive back in London, her aunt is less than pleased to see her. Circumstances drive Flora further north to Liverpool, where she catches up with someone she remembers sharing her Aunt’s house .

It is in Liverpool and in Isobel’s house, that she finds strength, friendship, warmth and love. Something that has been missing ever since her parents died and she was left with her Aunt. However, she is always hiding the truth about how she came about Simon and the story that she has been telling everyone seems to be unravelling as time goes on and Simon gets older. The past is inevitably going to catch up with her.

This is a true Maureen Lee story,  in the sense that all the ingredients are there as you would expect from her novels, the community spirit, the aftermath of the war and subsequent post war years, how families stick together and also drive each other apart over opinions and indiscretions, even taking us back to Pearl Street where Maureen Lee started with her writing and I started with her stories. However it could have been a lot stronger and there was potential for it to be so, dealing with such an emotive subject. The interwoven story of Simon’s relatives starts too late in the book for me, it would have had a lot more emphasis later on when things change for Simon if we knew more from the beginning.  It is that which makes this book weaker than it could have been.

A good Maureen Lee book but not one of her strongest.

I seem to be reading Maureen Lee as regular as clockwork now, waiting for her paperback version of her books to come out. So no doubt at some point around this time next year there will be another review.