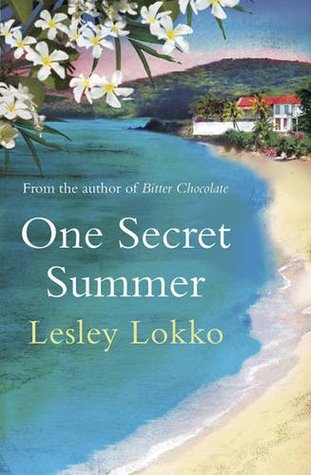 This is the second Lesley Lokko book that I have read, and if you like a book which has two main features to it : character driven and travel then this is the book for you.

You have the strong matriarch figure – Diana. She cannot show any weakness, to do so would be wrong. Therefore Diana becomes a hated character in my eyes. A woman who has held onto a secret which came about one summer in her house in France. It has haunted her since then and it is in fact going to expose her as having a weakness which will shock others.

They say behind every great man there stands a greater woman, but in the case of Diana the roles are reversed and her husband Harvey, despite being a famous surgeon is far in the shadow of Diana.

Diana has three sons. Rafe – has followed his father into medicine and surgery. Dashing and dependable Rafe, he knows to do the right thing when it comes to family.

Aaron has followed his mother in the legal world. Trouble is he does not seem to be as cut throat as his mother is, and others view his position as merely at her behest and through her influence.

Josh is the youngest and nothing like the other two. Not in temperament, not in looks, not in his choice of career. But he is Diana’s favourite.  His choice of career path takes him round the world to disaster areas, where refugees are sharing squalid conditions and he gets his hands dirty as he tries to help those worse off than him.

It is obvious that Diana wants  to be the only women in her son’s lives. Life is not like that and she has to learn to share, even if she does not approve of any of them.

Rafe meets Maddie, an American actress in waiting, whilst waiting at tables in New York. She is swept off her feet but her brashness does not sit well and everything she does or says seems to be wrong. How can someone so scatty be with someone so clever?

Aaron has known Julia since university. They collided in a class war – Aaron the upper class, not having to work for anything to Julia coming from the North East and having worked hard, very hard to get where she has got without any support. Julia does better at everything, that annoys Aaron. Finally free of each other after university, they encounter each other in a barristers chambers and it seems that Julia is still better than Aaron. But they say opposites attract?

Josh being the odd one out in the family, is going to choose the odd one out in life. He encounters Niela who seems to have penetrated his impenetrable heart and finds that she needs solace and a home as much as Josh does. Trouble is Niela is committing to something that she cannot and her past although must remain so, it is going to upset the future.

The bringing together of all these characters results in secrets being told, and the whole dynamic of family life is changed forever. Everyone learns something new about each other. But for me as a reader I had already worked out the ‘elephant in the room’ element of the book and how it all related to what was going on. It did not come as a surprise, which I was a bit disappointed about. Although I like predictability in some of the books I read, I do still like to have that questioned. This book did not do that.

This is a book which you need to commit to and take some time with, it is over 500 pages and has characters numerous to become attached to and places across the globe to be whisked off to. All in all, although it may be very rich in character the plot is passable and I did enjoy the book.

This is the second Lesley Lokko book that I have read, and it was for me not as good as Bitter Chocolate  as I did not really connect with the book as much. That said I am still going to read more of this author.