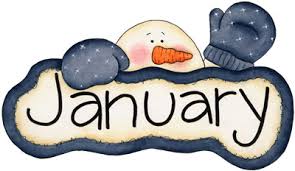 Yes yes a month has gone by already, whoever told me that as you get older time goes quicker was right! And whilst it has not been cold and snowy as my picture above suggests, more like wet and windy it is slightly cheering to see that it is getting lighter earlier and darker later. We have a while to go before Spring really arrives though.

As for the reading in January it has been good. 6 books which perhaps isn’t good when I am aiming for 100 in a year and my goodreads count tells me I am two behind! Oooo the pressure! Ooo who cares, the books I read were varied and vastly different in terms of length and story.

First book of the year was simply to ease me into 2014 and what better way than with M.C. Beaton – Agatha Raisin and the Day The Floods Came. It was not through choice I have to say as I am reading them in order, that this was the book I chose, though it did seem rather apt considering the weather. Anyone effected by this excess of water, I hope you are all managing as well as you can.

Sticking with short books was Muriel Spark – The Prime of Miss Jean Brodie which was my book groups choice for January. Yes it was short, but I was slightly disappointed, I thought I was going to get a school story. However, I can see what the attraction is with the book and it was a book that we were not keen on as we felt Miss Brodie was a very odd character almost bewildering. I am hoping the next book is a bit more enjoyable for everyone. I have not written up about the last two book meetings (although I have done my own review of the books), mainly through lack of desire to be typing at a computer when you do it for a greater part of the day at work but also I felt I was under pressure (from no one but myself) to write it all up and I was scribbling notes at the group and missing a lot of what was being said. I can now sit back and enjoy the books and the discussion.

I picked up my kindle this month and was flicking through looking for something to grab me and I came across Kate Forster – The Perfect Retreat*. It was one of those buys from Amazon where perhaps you take a risk and have it on your kindle for a while until such times as it wants to be read or you have nothing else to choose from. It was a risk that paid off and I really enjoyed the book, it was typical chick lit I suppose but it was a very strong story  with great characters which moved it away from being a vacuous read like some chick lit can be.

Great characters is what helps drive along Lesley Lokko – One Secret Summer* this is the second book of this author that I have read, and it is a chunky one too! It took me all over the world and back again with some rather interesting characters with some disturbing secrets.

Reflecting I think character has to be the theme for this month’s reading, by default and not design. Jill Dawson – Lucky Bunny* was a book  I had on my shelf for a while, which I bought because of the cover and for some reason was crying out to be read. It has the added bonus of being one of my Random Read choices which can be found on  my 2014 challenges page above. A book that spans twenty years from the Second World War to the Nineteen Sixties and comes across as a social history fiction book and made in some parts rather stark reading as we learn about the lack of morals with the main character and her general lack of morality.

If characters were a theme for this month then the last book read I need to tell you about for January had some good ones too and they spanned years as well as seemingly not being connected at all. Lucinda Riley – The Midnight Rose is a mighty tome and rather heavy to be reading in bed especially if you drop off to sleep, you could quite easily do yourself a mischief. But that should not put you off, with a dual narrative that takes you between India and the colours and the smells to England and the great country house this is a book to completely lose yourself in.

So there is my January reading, and as the month came to end I was working my way through another Mary Poppins story which is contained within another mighty tome with all her stories in. I have to prop myself up in bed with the book on my knees to read this one!

I wonder where February is going to take me?

*Book review yet to appear on blog