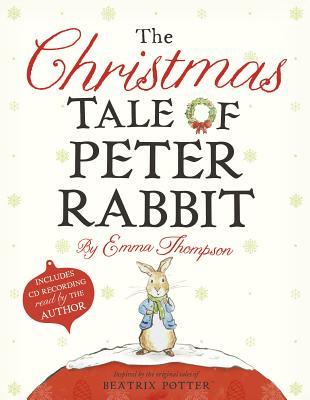 Peter Rabbit was obviously pleased with Emma’s previous tale and he has asked her back to write another one. This time with a Christmas theme. This is a book for children who are old enough to read by themselves as well as those who liked to be read to. Of course it works for all adults too.

Peter is rather getting under the feet of his mother as she is getting ready for Christmas. When he ventures outside to collect suet from his Aunt, he bumps into his mischievous cousin Benjamin (Bunny). They come across William (the Turkey) who full of his own self importance tells them that he is being treated so well and that he is to go to the McGregor’s for Christmas dinner. Peter and Benjamin suddenly realise William is unaware of everything that happens at Christmas and they might need to help him so they come up with a plan.

This book is just as good as Emma Thompson’s first go of telling us more about Peter Rabbit and also it is still beautifully illustrated which is a joy itself.

Interestingly enough and I have to be honest here, it never occurred to me until I read the reviews on Amazon. There are some adult readers making others wary of reading it out loud to young children as it could raise some interesting questions from the little folk – i.e. that we have to kill animals to eat them. I am no expert but I think that young children question and accept and then move on. But I would be interested to hear what others think?