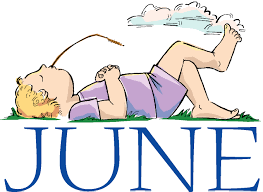 Yes – 6 months have been and gone in 2013. It has been a funny time, I still have my winter quilt on the bed, I have only just got my sandals out of the cupboard to wear and I am still cooking hearty stews for inner warmth. Something makes me say that this year is going to be unpredictable weather wise as many previous ones. But enough being British and talking about the weather – let’s get down to the books!

A mixed month reading wise and one where I actually made the decision to give up two books and not read them, because they were just not for me! It was rather a cathartic process and I endeavour to do it again. So did I read and finish anything? Of course and I have had some familiar and not so familiar reading this month.

I went back to Joanne Fluke – Peach Cobbler Murder, to get over giving up two books and that got me into the gentle reading for pleasure without it being a chore and the guilt soon abated for those other two books. Cosy crime came in another form with a new author for me David Roberts – No More Dying* which not only gave me that taste of crime but also the wonderful history of the pre Second World War period.

I went further back in time with Elizabeth Gill – Miss Appleby’s Academy which was a recommendation from another favourite author of mine Trisha Ashley. This so reminded me of Catherine Cookson novel, that I enjoyed it all and was captured with such a wonderful storyline as well as the wonderful descriptions of nature and the landscape. Do go back and read my review if you have time.

Going back in time and going back to an author I have read before was Susan Sallis – The Kissing Gate*. As I progressed into adult books, Sallis was an author that captured me in my late teens. I won this book in a giveaway last year and it has been languishing on my shelf but I thought I would read it and see if it reminded me of her previous work and an easier time. Although it only goes back in time to 2001, it did not resonate with me as much. Never go back they say.

I went back in time with Linda Gillard – The Glass Guardian* in a very different way I have to say and not one that I would have perhaps considered before. Paranormal and fantasy are not normally my bag if I am honest and they still are not, because this book was something so much more! Linda Gillard does it again is all I can say.

Somebody also doing it again with that difficult second novel is Rachel Joyce – Perfect*. I am formulating the words to describe this novel, I think it has a touch of the second book nerves, but actually not in a bad way. It really made me think, it made me slow down my reading and savour everything that Rachel has obviously crafted into this novel. Ahhh there is the beginning of my review I think.

It seemed that I was on a trend with second novels and Jennie Rooney – The Opposite of Falling* was another read for June. This is her second novel, her third is currently out and I picked this up because I was going to see her speak at the newbooks magazine Reader’s Day (more about that soon I promise). Again this was another novel, which required some considered reading and evoked gentle feelings about the characters and the plot of adventure and determination for those who were perhaps going against convention.

Something that I would not have read but did was Jennifer E Smith – This Is What Happy Looks Like which was somewhere between young adult and adult fiction and was actually a really good book. Another publisher review copy that I would have no doubt avoided in a bookshop thinking it was just not meant for me. It probably was not in terms of audience demographic but it was in terms of wanting something good to read.

As you can see there are quite a few reviews to appear yet, I am not keen on posting day in day out and find that would be slightly too much pressure for me writing and you dear follower reading. So I do hope you like the way the reviews (and the other random posts) appear here.

I will mention though the post to look out for next will be the 6 books in 6 months meme which I unexpectedly started last year. I am bringing it back for this year too!

One thought on “June Roundup”