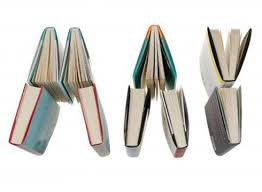 Well another month of reading done and yet again here I am reviewing what I have read in a month. A month where the weather has been interchangeable, work has been rather challenging and very tiring and it has felt like at times, I have not had time for reading. But I must have done as I have read 9 books!

When times are tough and when I want to read and need something less challenging I turn to what I know and that is where good old Agatha Raisin and the Fairies of Fryfram by M.C. Beaton* come in to play. Agatha is character you love to hate and you just want to read more about what she is going to get herself involved in next.

At other times I want to get into a story and be immersed by it and its characters this came with a new author for me this month with Rosie Goodwin – Home Front Girls. This has got be immersed back in my love of historical fiction which has sort of dominated by month reflecting back. I know I am going to read more Rosie Goodwin in the future.

From the Second World War and 1940s Coventry with Rosie Goodwin, I was then taken to 1950s Brighton with Sara Sheridan – Brighton Belle, which is the first of her Mirabelle Bevan series of books and encompasses that histroical element with a smattering of crime and thriller. We are also introduced to Vesta Churchill, a young black woman who helps Mirabelle which introduces the topic of race relations. Which then took me neatly across the Atlantic to 1960s America and The Secret Life of Bees – Sue Monk Kidd* and the American South and another conflict of whites and blacks being more than master and servant and certainly not friends. This was my book club choice for June so I am a bit ahead of the game having read it. May’s choice took me right back to England and back about 30 years to the 1930s and Monica Dickens – One Pair of Hands. Life of a servant is more fun so thinks Monica who has a life of a lady living upstairs not down. These are her rather amusing anecdotes as a life as a cook general going back to life in society when she frankly gets bored or fed up.

Society and doing the right thing jumps to post war Britain, the country is still reeling from the war, mourning for a king and welcoming in a new age and a new queen. It is 1953 and Maggie Joel introduces us to The Second-Last Woman in England*. Hopefully thanks to the publishers, Maggie Joel will be answering some questions about her novel and herself towards the end of June to coincide with the publication of her book.

So whilst history has dominated with a smattering of crime in a lot of these books – the only direct crime genre book I have read in May is Niamh O’Connor – Too Close for Comfort*. The third in her Irish Female Detective DI Jo Birmingham.  Niamh O’Connor draws on real life events which have dominated the news headlines and the actual newspapers in recent years, making it a book of its time.

Another one of those books of it’s time I think falls to Eleanor Prescott – Could It Be I’m Falling In Love*. A celebrity fuelled, twitterfest, email correspondence way of telling an okay story , similar to reading those well known celebrity magazines at the hairdressers!

The final book I have to mention is Kathy Lette – Love is Blind. It is not a book of it’s time, it is not historical in its setting, it has no crime in it it is just simply a shorty story, a quick read if you will to get others into reading that would not have normally picked up a book before. It does though come under the category of an author I have never read before and will be reading some more of I am sure!

So that was May, in fact as the final hours ticked away last night I picked up a book to read, that I have to say I gave up on after 30 pages (Farundell – L.R.Fredericks), it just was not doing it for me and I feel rather rash in doing so but I realise that sometimes you have to be  when there are so many other books out there (indeed on my own shelves, bedside table, floor, kindle..) waiting to be read so I have picked up a cosy crime novel of Joanne Fluke and go in to June seeing what else it might bring me!