A is for Antiques Roadshow. It is coming to The Royal Marines Museum in a couple of weeks and I am off with some mugs/cups that my late Nan had, which I chose to keep. I don’t think they are worth much, but I can always live in hope. Plus might see Fiona Bruce too. Though I won’t tell Elaine at Random Jottings, who is not overly keen on her tv presence!

B is for Bank Holidays – we have two in May. I do love a four-day week!

C is for Canasta. One particular friend has got the rest of us into playing this rather long but thoroughly enjoyable card game – it has become addictive. And nights and afternoon’s out are based around us playing a few hands. 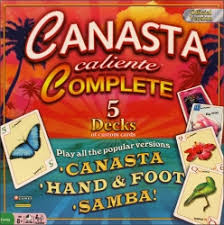 D is for Diet.  The last time I did one of these posts, D was for diet then – it still is. So perhaps the next letter down should be glossed over?

E is for eating out. I have been once to The Fish Factory at Littlehampton with friends, last year. Recently I went with my parents, and it was just as good. They liked it to and the choice of fish is wonderful, the chips delicious, the cheesecake for pudding divine and the portions ENORMOUS!

F is for future things to look forward to. London trip to include Afternoon Tea at Fortnum & Masons. Another Spa break, weekend away with the girls on the Isle of Wight. Readers Day at Winchester. Portsmouth Bookfest.

G is for Rosie Goodwin. I have never read any of her books before and was sent her latest Home Front Girls to read. I loved it, and it reminded me very much of the novels and sagas of  Maureen Lee.

H is for habits. It takes three weeks to break one apparently. I need to break the going down the biscuit aisle and buying biscuits and eating them all habit. It might help with the diet Jo! It worked this week – only 2 weeks to go then.

I is for Inferno – Dan Brown’s Inferno to be precise. It seems to have rather a mixed bag of reviews, page turning but not going to set fire to the literary world! As I still have The Lost Symbol to read, I think I might refrain from buying this one!

J is for Maggie Joel I have been sent The Second-Last Woman in England to read and review and she will be featuring on my blog towards the end of June.

K is for knitting. I have done a few characters lately, and have pictures on my iPad which I have now put into a post. Look out for them coming soon.

L is for Lego. I am a huge fan and if I had the room, it would all be out and built as it was when I was a kid. Then we had the space and I had a whole town set out, complete with train track that went round the perimeter. But in the interim I do have a wonderful shop that I was bought a couple of years ago for Christmas. When I opened this huge box, the sheer pleasure on my face apparently upset my dad, he could see the child in me still! It is still made, it took  me a couple of days and despite the dust I love looking at it. I am coveting one of the new exclusives ‘Palace Cinema’ but in the interim, I spotted this book Brick City – a Lego lovers dream – I bought it because it was half price in WHSmiths but if I had the money, the space and the Lego bricks…..

M is for Money back from the gas man. I overpaid the last 6 months and did not use as much gas. It has been cold, for a lot longer than normal. But I love cosying up on the sofa or under the duvet with an extra blanket or two – and knitting invariably keeps you warm and saves money it turns out too.

N is for Nexus the new computer system at work. Don’t you just love a new computer system with a wire that goes into the wall but is nowhere near the computer and trails right across the office and is fixed down with black masking tape! To resolve it I was allowed to buy a longer cable – I went for pink. So what – I work in an office full of men.

P is for Pointless. The tea time programme on BBC1 is entertaining and informative. Both Richard Osman and Alexander Armstrong make me laugh – and people really do not know stuff!

Q is for Quentin. Caroline Quentin and her National Parks TV programme. She has been in Scotland, Wales and in her final programme into the New Forest. Her delivery and enthusiasm for all she does is rather good and the humour underlying is subtle as well. I have only caught the odd one or two of her Cornwall shows but I hope she does more discovering Britain programmes soon. It is what makes our country so unique.

R is for Running. I have been sneaking in a few little and short runs. But I really think running is not for me. Shin splints, despite proper footwear leave me aching too much. I am not getting the adrenalin kick that I do from this as I do from  swimming, Body Pump, Zumba and even walking. I am a walker not a runner.

S is for Sunday Roasts. Whether it be Chicken, Beef, Pork or Gammon. (I don’t like lamb) you can’t beat a roast with all the trimmings, surprisingly even though I rarely cook one. I decamp to my parents every Sunday where one is probably 99% guaranteed. And amazingly all cooked the slimming way too – and you could not tell. Well perhaps the lack of crispy potatoes but apart from that.

T is for Transworld. One of the lovely publishing houses that send me books galore and the chance to read books I would have avoided in a bookshop.

U is for Uniform. New company (currently same job!) but now I have to wear a fetching black and white spotty scarf! Along with the white shirt and black skirt that I have been wearing for aeons!

V is for Vesta Churchill. A character in Brighton Belle by Sara Sheridan (review coming soon). A young black female in Fifties Britain. An interesting idea which the author I am sure will develop as the series goes along.

W is for Winter it is still with us.

X is for X back swimming costumes – the stringy variety – I hate you! Give me a proper back if you will and something that does not get tangled up and tries to garrote me half way through a swim. I have now disposed of all said garments. Mind you what can you do with swimming costumes when the lyrca has gone on them other than throw them in the bin?

Y is for Yes there are some things repeated on this list, compared to my last one back in March! Not intentional, but I have just gone back and looked – funny how certain stuff stays in your conscience.

Z is for Zips. If you watched the Great British Sewing Bee then you will know putting in a zip is a difficult yet clever thing. When you spot a knitting pattern that has one in, I tink it is best to avoid it!