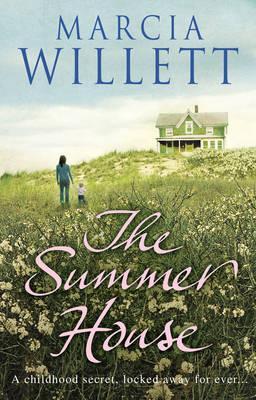 Matt has been left a small box where his late mother kept memories of his childhood. He remembers vividly putting small items into the box and locking them securely away. But opening the box not long after his mother’s death, Matt sees what is inside in a different light. The photographs evoke memories but not that he can recall, he cannot remember the clothes, the toys, the background is wrong and where is his sister Imogen? Matt recognises something is wrong but he cannot focus his mind to what it is. After the sweeping success of his debut novel, he is looking to find something to inspire his second, perhaps a trip to High House to familiar surroundings will help?

Imogen lives really near High House in Devon, and to her it is also a second home. Both her and Matt spent a lot of time visiting there when they were taken by Lottie to visit her sister, Sara and husband Milo. Imogen has been enthralled with The Summer House that is in the grounds since a child. And when the chance to buy it at a reasonable price comes up Imogen looks to her husband to her support her. He on the other hand has other plans and refuses to make his life more difficult.

The sale of The Summer House becomes the catalyst for the novel, it helps out all the characters in many different ways. Imogen has to face up to a future that where she is now the protector and not the protected. Matt is still drifting but uncovering secrets slowly, the past comes back together into pieces and their germinates the seed of a plot for his new novel.

The beginning of the book was very confusing and there were lots of characters thrown onto the page, and I found myself having to flick back a few pages and remind myself how they all related to each other and in some cases not related at all. In the end I jotted them down in a family tree just to get me mind straight.

Once I overcame this little hurdle, then I was hooked and I had many theories through my mind as to what the secret was but I was wrong all counts.

Marcia Willet’s novels (and it is a while since I have read any) are a gentle read and always set in such beautiful landscape and the descriptions are so attune with nature as well. It is a part of the world that if you have never visited you can glimpse through Willett’s prose.

I have come back to an author I once enjoyed and realise what I have been missing, but also trying desperately to remember which books I have read of hers. I *think* it was Those Who Serve, because it was based around the Navy, which is a theme of where I live (in a Naval city) and the locations both in Devon and Hampshire I recognised. I read this book when I was in my early twenties if not before, little did I know that it would be an area I would come to in my working life.

Looking at her back catalogue I vaguely remember The Chadwick Trilogy, but not sure which I have read? I am certainly going to add her name to my book where I list all the books by authors that I have read or want to read and do some serious catching up!