Where do you start reviewing a book which has been published since 1847 and has been written about countless times, I do not think I am going to say anything outstandingly new about the plot of the book, but I think what this review will hopefully do is give you my thoughts on how i felt about a book which I have only just read for the first time. I know many have read this years but I have only just recently started back with the ‘classics’. 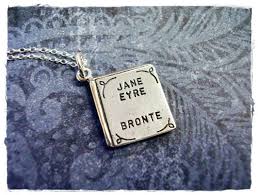 Jane Eyre is an orphan, who has been unfortunately left with her Aunt who despises her especially since she is stuck with her when her husband dies . Jane causes enough upset that her Aunt sends her off to Lowood School where after a period of time at the school and her education, becomes a teacher there and subsequently goes to become a governess at Thornfield Hall. Here she meets Mr Rochester, and after a period of time and upset she finds her self out on her own she finds herself in the company of St John Rivers and his sisters, Mary and Diana. Jane’s fortune is suddenly changed and she hears a voice calling her from her past and she returns to a very different Thornfield Hall.

I had to write some sort of summary about the book as a whole, as I felt I was not doing a proper review otherwise!

I loved Jane Eyre, and wondered as I read it why I had not read it years previously, but I am a great believer that books sometimes just fit at the right time in your life. I was more prompted to read it following another film of the book which was released in 2011. 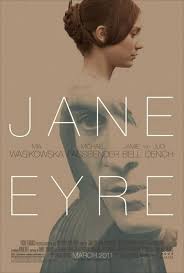 I had this in mind when I was reading it, and obviously can see what was missed out, added in etc but also I had other recollections of the 2006  BBC production which featured Toby Stephens and also a black and white film that my mum was watching one Saturday afternoon and when I asked about it, it was at the point of when Thornfield Hall was burning down, she roughly explained the story with much emphasis on the ‘mad wife – Bertha’ in the attic. Just doing a bit of research sees that it was the 1943 film with Joan Fontaine and Orson Wells. I forget how old I was at that point. Something must have stuck in my conscious about it but it was not until now that I decided to read it.

There is something so single-minded and determined about Jane, that I was reminded of myself in some ways (not being a orphan, or a governess ) but that is her personality – she has spark, opinions and not afraid to answer back and put her view-point across. And when you recognise that at the time of the book it would have been unheard of, it was a delight to me that she found a sparring partner in the shape of Mr Rochester.

My bride is here…because my equal is here, and my likeness. – Mr Rochester

(Rochester) Always portrayed as dark and brooding, I think that comes across in the novel and he is singly determined in his love for Jane. What puzzled me was why, knowing that Bertha was alive and well did he carry on with such a folly as marriage to Jane? I believe that his passion knew no bounds in his case and that nothing ever got in his way.

Jane’s determination with St. John Rivers, who as a character infuriated me to the extreme, as he had no passion at all. So moralistic and religious to that point of extremism. When he proposes to Jane, it is merely what I felt was expected of him, he has no love for her, in fact I think he was incapable of loving anyone other than himself because no one would be as suitable. Jane’s refusal but an acceptance to go to India as a sister was not ‘suitable’ for St. John Rivers.

At one time or another I am sure many of us have had to give up someone we love for whatever reason, and I admire Jane for her strength and resolve to cope with such matters. But in her heart she still held Mr Rochester close whilst she was on her journey away from him, one that would eventually draw her back

Perhaps you think I had forgotten Mr, Rochester, reader, amidst these changes of place and fortune. Not for a moment. His idea was still with me, because it was not a vapour sunshine could disperse, nor a sand-traced effigy storms could wash away; it was a name graven on a tablet, fated to last as long as the marble it inscribed. The craving to know what had become of him followed me everywhere; when I was at Morton, I re-entered my cottage every evening to think of that; and now at Moor House , I sought my bedroom each night to brood over it.

Like all good books I seem to like, there is always the character of the building within. Here in Jane Eyre we are welcomed into three, first Lowood School then as Jane moves on to Thornfield Hall as her arrival as governess and with the curiosity of who owned such a place

…the driver got down and opened a pair of gates; we passed through and they clashed to behind us. We now slowly ascended a drive, and came upon the long front of a house…

…I followed her across a square hall with high doors all round… she led the way upstairs. The steps and banisters were of oak, the staircase window was high and latticed; both it and the long gallery into which the bedroom doors opened looked as if they belonged to a church rather than a house.

Thornfield is closed up, only partially breathing life in it and I feel with the arrival of Jane it is somewhat shaken into wakefulness and needs to show its purpose, even more so with Mr Rochester resident. As Mrs Fairfax says “it is a pretty place; but I fear it will be getting out of order…great houses and fine grounds require the presence of the proprietor”.

Before returning to a very different Thornfield Hall there is stop at Moor House where everything is rather insular and it is the activities of the inmates of such a residence that are more interesting than the positions and place of such a house. Jane’s home in the cottage that comes with the Village school is brought to life with such warmth and excitement that as Jane tells you in her tale,it is her first experience of something which is hers and formed around her. As we all start off in our homes, we seem them take shape to suit our personality, interests and thoughts that they become an outward picture of ourselves. And we remember the days when we did not possess all that was necessary to make it ours.

when I at last find a home, – is a cottage; a little room with whitewashed walls and a sanded floor…went to my door, and looked at the sunset of the harvest-day, and at the quiet fields before my cottage…My cottage is clean and weather-proof; my furniture sufficient and commodious. All I see has made me thankful, not despondent. I am not absolutely such a fool and sensualist as to regret the absence of a carpet, a sofa and silver plate…

I went many months without much furniture in my spare bedroom and a television the size of a postage stamp, on a wobbly table until such times that I could improve my lot. Those times are with us all.

I got quite a lot from this novel, as you can probably tell from witterings if you have made it thus far. However there were passages and some of the wording and dialogue which has passed me by. My lack of understanding the French spoken is apparent. My schoolgirl french has seemingly left me.  It was at time like this I felt a fraud and inferior and that I should not be reading a book of such quality. Then I remembered who I was reading about and actually there are times when Jane’s has similar thoughts and feelings but finds her way through it all. Just like I have with the book.

I also doubt my imagination – in the sense that because I have watched many adaptations that I have already formed pictures of the places, the scenery, the characters et al that I do wonder if I have spoilt the enjoyment of the book in any way. I have always been a book before the film sort of gal! What I do know is that I will read this book again and I am sure have very differing views of the whole process and perhaps enjoy it even more.