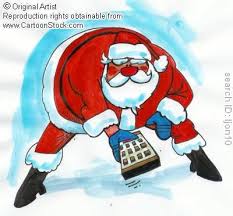 I have tried to keep my recommendations and observations on Christmas television to a literature related theme in the main but some of my favourites might just sneak in under the wire.

Film – About a Boy –  A good book, having read High Fidelity, and Fever PItch this was the third I read and I have for some reason never read any more of Nick Hornby since.  Hugh Grant is superbly cast in this. 17 Dec ITV1 1315.

Drama – Just Henry. Read Back Home and the wonderful Goodnight Mister Tom by this author, Michelle Magorian. Just Henry is one I have not read and only came across this year, will be watching this certainly. I saw Back Home on television before I read the book and then I discovered Goodnight Mister Tom (26 Dec ITV1 1025) and the rest is history I know I read the books more than once. 18 Dec ITV1 1900

Drama – Young James Herriot. I remember Sunday evenings sat eating some supper in my night things watching All Creatures Great and Small before going to bed. This is the early story of the young Alf Wight the real James Herriot. 18 Dec BBC1 2100

Comedy – The Bleak Old Shop of Stuff. Dickens is everywhere this Christmas no doubt in preparation of the 200th year of birth in 2012. This is a programme combing elements of his books in to something festive and funny! 19 Dec BBC2 2030

Film – The Young Victoria. Not based on a book I know, but this lovely film tells of the story of Queen Victoria in the very early years of her reign where she meets and marries Albert. Some of the truth has been slightly bent for screen however the historical element is ultimately there. Screen writer was Julian Fellowes of Downton Abbey. 22 Dec BBC2 2100

Drama – Downton Abbey. Had to follow the obvious link above. Behind the Scenes programme 21 Dec ITV1 1930 and the actual drama one of the prime time Christmas Day Spots, 25 Dec ITV1 2100.

Documentary – The Many Lovers of Miss Jane Austen. 23 Dec BBC2 2100. Jane is getting a bit of an outing this Christmas and with the discovery of a new portrait this year this is followed with another documentary Miss Austen: The Unseen Portrait. 26 Dec BBC2 2100. Earlier in the day there is a plethora of Austen Films; Mansfield Park, Emma and one I have not seen Becoming Jane.

Drama – The Clocks. Christmas would not be Christmas without a new Poirot, though to be honest I do not think a day goes past without at least one episode being shown on ITV3. However this is a new one. 26 Dec ITV1 2100.

Drama – The Borrowers. I remember the previous television programme starring Penleope Wilton and Ian Holm whilst I was growing up. I am not sure if I have read them or not but nonetheless I will be watching this with interest. 26 Dec BBC1 1930.

And of course there are the obligatory repeats and to be honest Christmas would not be Christmas without them. Morecambe and Wise, The Two Ronnies, Dad’s Army and the ilk. The old adage they do not make them like they used to…. shame really. There is not that much that has jumped out at me now I have got the new tv listings from 17 Dec until 30 Dec. What will the new year bring?

What will you be watching? Or avoiding? What do you miss about Christmas television from the past? Anything we should all be watching which is book related which I have missed?

When you get a group of women together there are normally many who make some sort of allegiance with each other through a common bond. The common bond in this novel is trying to lose weight.

Holly, Naomi and Kate join their local Fat Chance slimming club and they become friends, and learn a lot about each other, themselves whilst trying to get to their important goal. Oh and the goal of their slimming leader Amanda who is determined to win an award at Slimmer of the Year. However, Amanda has secrets of her own and has a rather unique style in holding her slimming groups.

Holly lives with her boyfriend and has a fairly mundane job as PA to a creative director of an advertising agency, but actually Holly has ideas of her own and they need to be recognised, just as she needs to be recognised at home by her boyfriend, Rob or Bobo to his ever present mother. Alarm bells start ringing and Rob’s mother is a fantastic character to hate.

Kate has lost her soul mate and sought comfort in food. Throwing herself in to her profession as a professor of psychology Kate is great at testing Amanda’s patience in her rather unique methods of helping people. Her own patience is tested when somebody arrives into her life which throws it out of kilter and Kate has to reassess her lost soul mate.

Naomi is free, single and wedding photographer. A great place for meeting men, for sex and pretty much not much else out of them. If they are married then so much the better, Naomi is happy to be a mistress. Then a meeting with someone who seems to be what Naomi is looking for to satisfy her need suddenly turns into something more sinister and Naomi is in situation which she can see no way out of.

If any reader has ever attended or attending a slimming class then I am sure this book will make you smile, and I think certainly not based on any legitimate class out there. It is a parody of them, the sort of thing one might see on a television comedy sketch show and actually rather cruel to the people who attend in the novel. I cannot see that method surviving in the real world. The key to the book is friendship and that shines through in nearly every chapter. The book will not give you a new quick fix for diets what it does give is a heart-warming slice of what perhaps everyone else is going through whilst trying to lose weight.

According to Amazon this book is not published until 29 December, however I picked it up in Tesco whilst doing the weekly shop, it was to cheer myself up with one of their 2 for £7 offers or biscuits and chocolate, thank goodness I went for the books. The second book was Angels at Christmas by Debbie Macomber and will read shortly no doubt.

Not an author I recognised, and reading the back I see she also writes as Leonie Fox though not sure which is the real name of the author?  I will perhaps look out for the author now I have a taste of the writing, it is just pure escapism and took me only one day probably not even that to read.