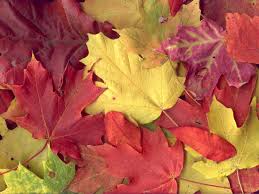 Things are changing with the seasons. And I am debating to say that Autumn comes and goes very quickly and it should perhaps read Christmas as it seems to be seeping in everywhere. Enough I hear you say, but I thought I would bring you 10 things that have made me think in many ways about Autumn and where the time goes.

1. When the alarm goes off at 0530 it is not light, and it seems to be taking that little bit longer to get lighter. Friday I did not even open the blind whilst I ate my breakfast, knowing that it would be that slightly darker. Though that said I have had a few lovely sunrises to watch from my second floor flat as I gain a glow from my Ready Brek.

2. Strictly Come Dancing starts today – not sure what I think yet it will all depend on who the ‘celebs’ are matched with (3 of them (celebs)I have no idea who they are!). Though I hope that Alex Jones gets on well, as she has a lovely personality. But I would not put money on it.

3. I have received my first Christmas Catalogue…. oh yikes. And I looked at it……yikes! Big tins of sweets (why do we insist on them at Christmas?) are already being sold in large well known superstores.

4. And the Christmas Catalogue has arrived at work as well. And this years decorations are going to have a black and gold theme. Within minutes my boss was out with the catalogue and the tape measure working it all out! I let him have his fun and then gently removed said tape measure and catalogue and directed him back to what he should have been doing Thursday afternoon. Just a big kid!  Nearer the time I will find some suitable pictures of what we achieve at Christmas at work and share with you.

6. At the other end of the day, the blinds are getting shut earlier and the light is coming on so I can sew and read. I feel that hibernation is starting. And I have to confess that I rather enjoy it.

8. TV is getting better with the return of Downton Abbey. Oh such comfort on a Sunday Night. Also those programmes that we have seen before. ITV3 are re-running The House of Elliott created by Jean Marsh and Eileen Atkins of Upstairs Downstairs fame. I have caught bits of it during the week and realise how much I enjoyed it the first time round. I am off to investigate perhaps the DVDs for a Christmas (sorry) present.

9. Settling down on the sofa or in bed with a great book as the wind blows and the rain lashes either outside or in the book. Escaping into a well known classic as I have with Persuasion and now entering the world of Jane Eyre.

Yes it is Autumn I refuse to call it anything else at the moment, no matter how hard the commercial world is pushing for everything else.

And for a rather different no 10.

David Walliams as he swims The Thames. Yes The River Thames (140 miles) that runs through London. Aiming to swim 20 miles a day (same as roughly crossing the channel which Walliams has completed for a previous Sport Relief Challenge plus swimming the Strait of Gibralter) he has battled extreme fatigue and a stomach illness. Do go and check out his whereabouts on the website  and follow him. If I lived near the river at any point I would go down and support him. That is some going and makes me very humble when I think of the 2km I swim a week (2 x 1KM). It would take me 113 weeks to complete the same length he has aimed to do in 8 days.

What makes you think of Autumn?